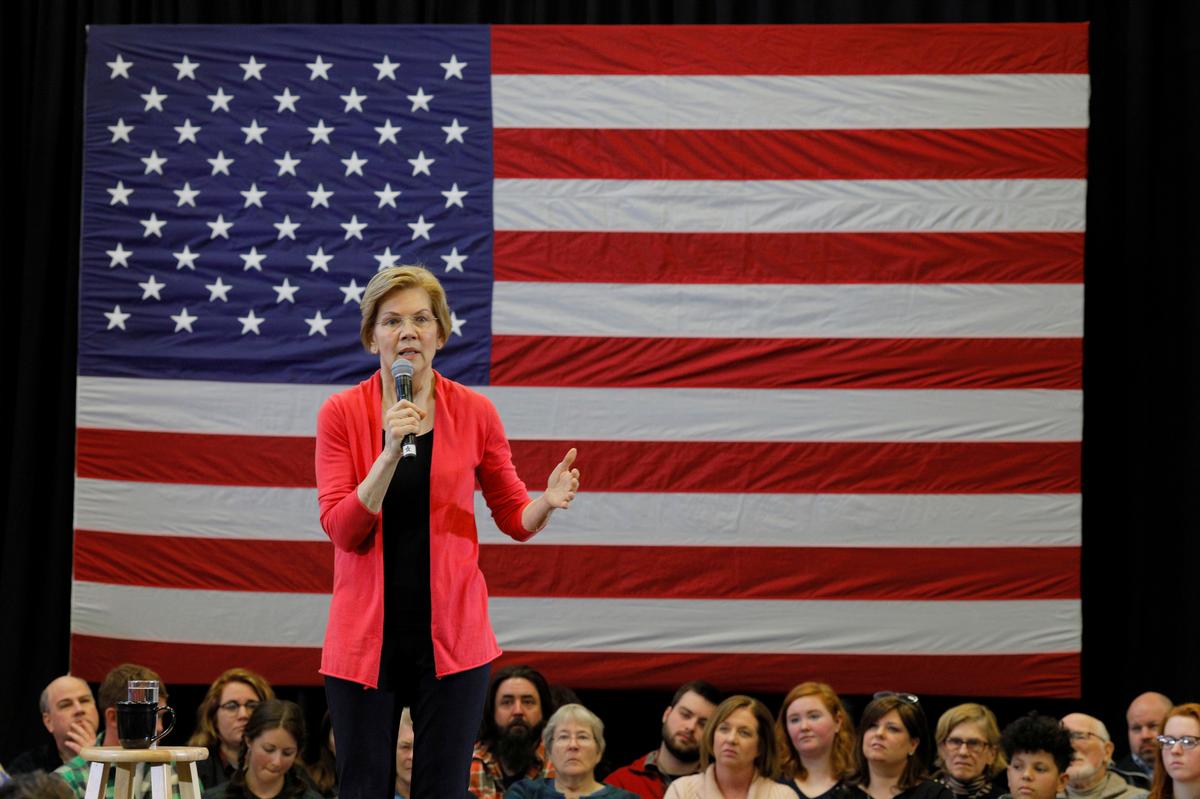 BOSTON (Reuters) – U.S. Senator Elizabeth Warren, struggling to move past criticism over her Native American heritage claims, will aim for a fresh start on Saturday when she formally launches her 2020 presidential campaign.

The Massachusetts Democrat, a leader of the party’s progressive wing, will make her announcement from a historic site in Lawrence, northwest of Boston, that launched the U.S. organized labor movement. Warren, 69, has made worker rights, fair wages and access to health care central to her campaign.

She is part of an increasingly crowded and diverse field of Democrats vying for the chance to challenge President Donald Trump, the likely Republican nominee. A year before any ballots are cast in a Democratic primary, many of those candidates are spending the weekend talking to voters in the early nominating states of Iowa, New Hampshire and South Carolina.

Warren’s announcement will be followed on Sunday by U.S. Senator Amy Klobuchar, who has said she will reveal her presidential plans in Minnesota.

Warren’s heritage claims have dogged her since her first campaign for the Senate in 2012, and Trump mockingly refers to her as “Pocahontas.” Her ancestry drew fresh scrutiny last week with the discovery that she described her race as American Indian on a form to join the Texas legal bar in the 1980s.

She has repeatedly apologized, saying the claim was based on “family lore” and she now understands tribal sovereignty dictates membership.

In addition to being a fierce Trump critic, Warren is an outspoken critic of Wall Street who gained national notoriety for her efforts to create the Consumer Financial Protection Bureau (CFPB) to regulate large banks.

“The part of Elizabeth Warren’s history that we should be most worried about right now is the fact that Republicans are trying to dismantle her signature achievement, the CFPB,” said Democratic strategist Rebecca Katz, a former top aide to New York City Mayor Bill de Blasio.

Warren is one of four women so far seeking the Democratic nomination, an unprecedented number of female candidates vying to lead a country that has never had a woman chief executive.

Warren and the other women running, including Senators Kamala Harris and Kirsten Gillibrand, are hoping to build on the success of women candidates who played a significant role in Democrats regaining control of the U.S. House of Representatives in November’s congressional elections.

“I like her anger,” said Christiane Alsop, who has donated to Warren’s previous campaigns and is backing her presidential bid. “I like her fighting spirit.”

Warren heads next to Iowa, where U.S. Senator Cory Booker and South Bend Mayor Pete Buttigieg, who also are running, campaigned on Friday.

“I am running for president right now because I believe Americans have surrendered to cynicism,” Booker said at an event in Waterloo, Iowa. “I want to see a revival of civic grace.”