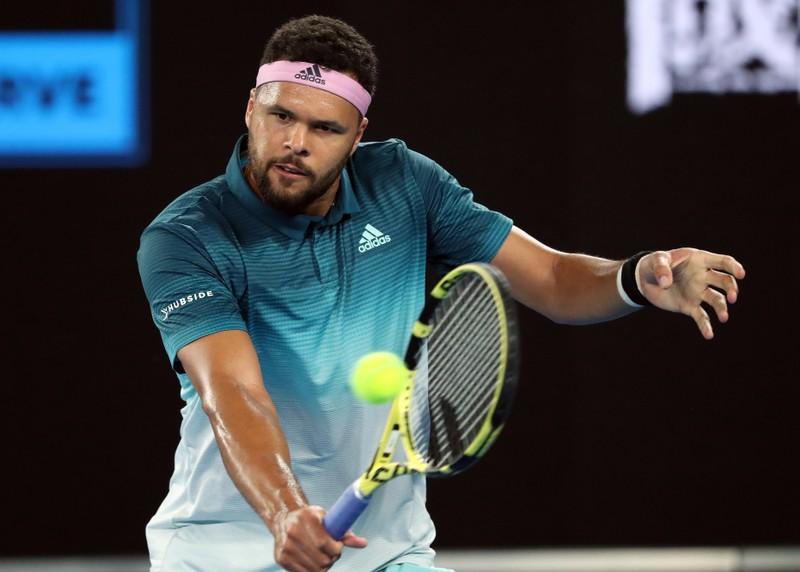 Jo-Wilfried Tsonga and Pierre-Hugues Herbert each won in straight sets on Saturday to set up an all-French final at the Open Sud de France in Montpellier.

Herbert required 93 minutes to wrap up his 6-2, 7-5 victory over Czech Tomas Berdych, who struggled with five double faults. Herbert converted four of seven break-point opportunities and saved all three he faced.

Guido Pella survived a three-set battle against Uruguay’s Pablo Cuevas, 6-1, 3-6, 6-3, to win in front of his home crowd and advance to the final in Argentina.

Pella took the first set in just 27 minutes, but he was broken in his first service game of the second set. In the third, he got an early break and eventually closed it out on his second match point.

Pella’s victory guaranteed an all-Argentina final, as countrymen Juan Ignacio Londero and Federico Delbonis faced off in the other semifinal. Londero cruised 6-1, 6-0, closing it out within an hour with the help of eight double faults from Delbonis.

Pella and Ignacio have never faced each other in an ATP match.

Monfils had plenty of opportunities, earning seven break-point chances, but he converted just one. He also committed five double faults and saved just four of eight break points, as Medvedev won in 76 minutes.

In the other semifinal, Bulgaria’s Marton Fucsovics rallied to beat Italy’s Matteo Berrettini 5-7, 7-5, 6-3 in 2 hours, 13 minutes. Like Medvedev, Fucsovics saved six of the seven break points he faced.

Sunday’s final will be the second meeting between Medvedev and Fucsovics. Medvedev won the first battle in three sets in Monte Carlo in 2018.