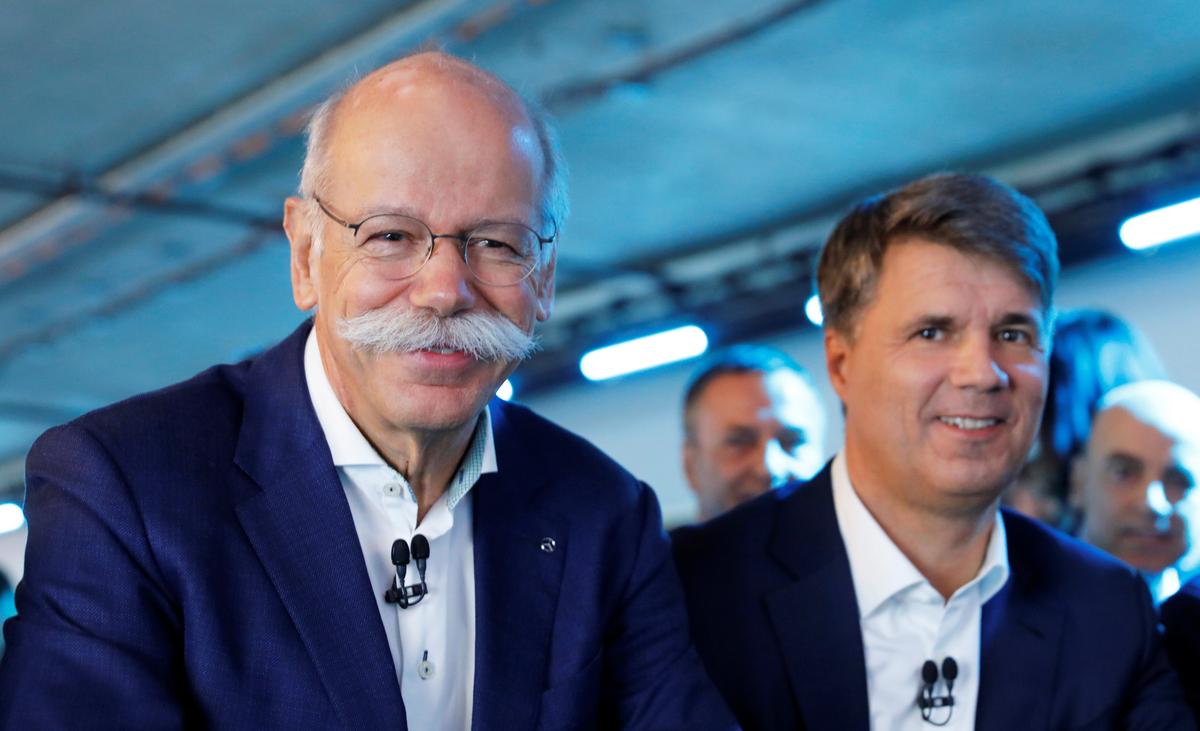 FRANKFURT (Reuters) – Daimler and BMW deepened their alliance on Thursday to share development costs for highly automated driving technologies, even as each carmaker continues to pursue separate efforts to develop fully self-driving cars.

Harald Kruger, CEO and Chairman of the Board of Management of BMW AG and Dieter Zetsche, CEO of Daimler AG, attend a news conference to present plans for combining the companies’ car-sharing businesses, in Berlin, Germany, February 22, 2019. REUTERS/Axel Schmidt

The spiraling costs of designing and building computer-powered vehicles has already prompted Honda to pool its efforts with General Motors, while Volkswagen is pursuing talks with Ford about an alliance on autonomous cars.

BMW and Daimler on Thursday said they will jointly develop a scalable architecture covering several stages of automation including for technology to enable automated driving on highways.

“Initially, the focus will be on advancing the development of next-generation technologies for driver assistance systems, automated driving on highways and parking features,” the companies said in a joint press release.

The market for advanced driver assistance systems and autonomous vehicles is expected to grow from about $3 billion in 2015 to $96 billion in 2025 and $290 billion in 2035, according to Goldman Sachs.

“In addition, the two partners plan to discuss the possibility of extending their collaboration to cover higher levels of automation, both on highways and in urban areas,” the companies said on Thursday.

BMW and Daimler already cooperate in the area of high-definition mapping and procurement, and earlier this month unveiled a joint ride-hailing, parking and electric car charging business.

BMW and Daimler on Thursday said their new partnership will center on so-called level 3 and level 4 automated driving technologies, which include cars that still require steering wheels and drivers.

BMW, for its part, continues its development alliance for robotaxis with Israeli autonomous vehicle tech company Mobileye and chip maker Intel, with the aim of putting autonomous cars on the road by 2021.