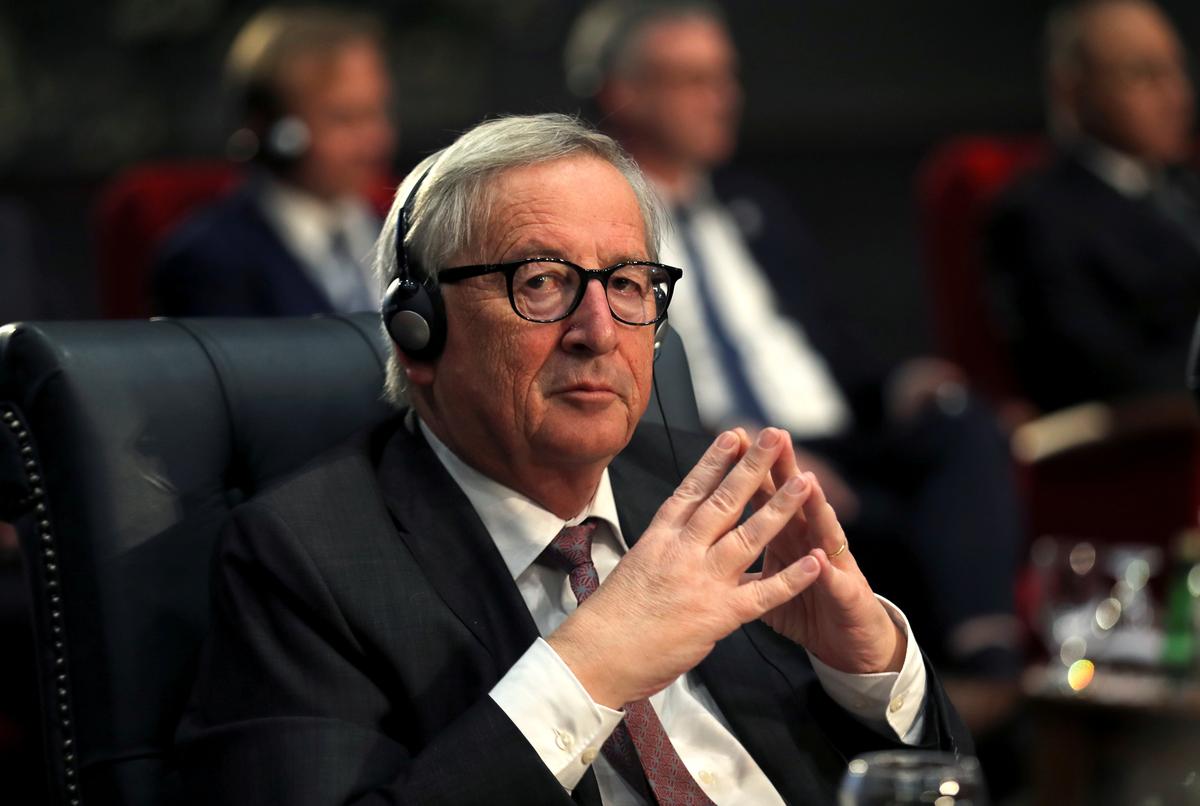 BRUSSELS (Reuters) – Britain has just four weeks left as a member of the European Union. Or maybe not. Staying weeks, months, even years longer is the talk of London; but such ideas are getting a frosty hearing on the continent.

When Jean-Claude Juncker, head of the European Commission, confessed this week to “a certain Brexit fatigue” and his negotiator Michel Barnier said what Britain needs is not time but decisions, they were reflecting a broad impatience that means Britain will struggle to get more than a short delay.

It also bodes ill for so-called “remainer” Britons hoping they might halt the whole process.

One of the remainers’ staunchest friends in Brussels, the European Parliament’s Brexit coordinator Guy Verhofstadt, summed up the new chill across the English Channel by complaining: “The Union has been taken hostage by Brexit already for too long.

“The UK has had almost two years to make up its mind. Now it is time to decide: A deal, no deal or stay,” he added, ruling out an extension much beyond EU legislative elections on May 26.

“It is high time that we can spend our energy on more positive projects and the in depth reforms Europe desperately needs.”

Typical of even blunter language now current in private in Brussels, an envoy from one major member state told Reuters on Thursday: “The more time elapses, the less patience there is and the less we want to help … People are fed up.”

Unable to get her deal for a smooth withdrawal through a British parliament torn between those wanting looser ties to the EU and those who want to remain, Prime Minister Theresa May this week conceded that members of parliament could oblige her to ask Brussels to let Britain stay beyond a negotiating deadline of March 29.

Having insisted that the threat of inflicting economic chaos on Europe by leaving without a deal remains vital to persuade the other 27 states to make concessions on the Irish border, May now says a short extension of a few weeks might be acceptable.

But with her Labour opponents now rallying to calls for a new referendum to stop Brexit altogether, British lawmakers do not rule out pressing to put the process on hold much longer.

In that, they may take some comfort from ideas of a long extension to the process that were floated by some EU officials after May ran into trouble with the deal at home in December.

However, EU diplomats say that a suggestion to let Britain remain a full EU member until even, say, the end of next year — which was due to be a status-quo transition period — may be as much intended to spook hardline, pro-Brexit MPs into accepting May’s deal for fear of ending up stuck inside the EU.

FROM FEAR TO ANGER

Nearly three years ago, reeling from a hammer blow to decades of European integration after Britons voted to leave, many EU leaders would have seized any chance to put the genie back in the bottle.

But fear and sadness have given way to a renewed confidence that others will not follow and to worries about remaining tied to such a divided and awkward big member state.

French President Emmanuel Macron, campaigning for elections to the EU parliament in May on a platform of deeper and faster sharing of national powers in the Union, echoed Barnier and went further, ruling out granting London more time unless it meant a clear prospect of doing more than just prolonging the agony.

Standing by Macron’s side on Wednesday, German Chancellor Angela Merkel, the other half of Europe’s power couple, sounded a shade more conciliatory in Paris — as is her style. But she also made clear that what she is working for is “an orderly exit” — not to persuade the British to change their minds.

For the EU, an orderly exit means the deal they agreed with May in November which British lawmakers rejected in January.

Barnier’s negotiators are now hammering out additional legal texts to attach to the deal with the aim of persuading the House of Commons that a “backstop” for trade over the Irish border will not mean Britain risks being stuck forever with EU rules.

“Plan A” for Brussels is that May secures parliamentary support for that solution ahead of a regular EU summit on March 21-22, where leaders can seal the deal and give Britain some weeks beyond the treaty-determined two years to finalise it.

If she fails, EU leaders say they are ready to cope with the economic disruption of Britain dropping out into limbo on March 29; but, as Merkel made clear, they would almost certainly grant a brief stay of execution in any event to try and exhaust all options.

Were May to seek more than a few months’ extension, they would likely ask tougher questions and potentially refuse — and possibly demand that Britain hold its own election to the EU parliament which is due to convene on July 2.

Were May to secure an extension of two to three months, some diplomats see a further possibility of Britain then asking for a further delay. But that may be a tall order for the Europeans.

As one EU official said in comments typical of the hardened mood in Brussels: “In the end, the British have never been fully with the programme. It’s time to say basta — good riddance.”