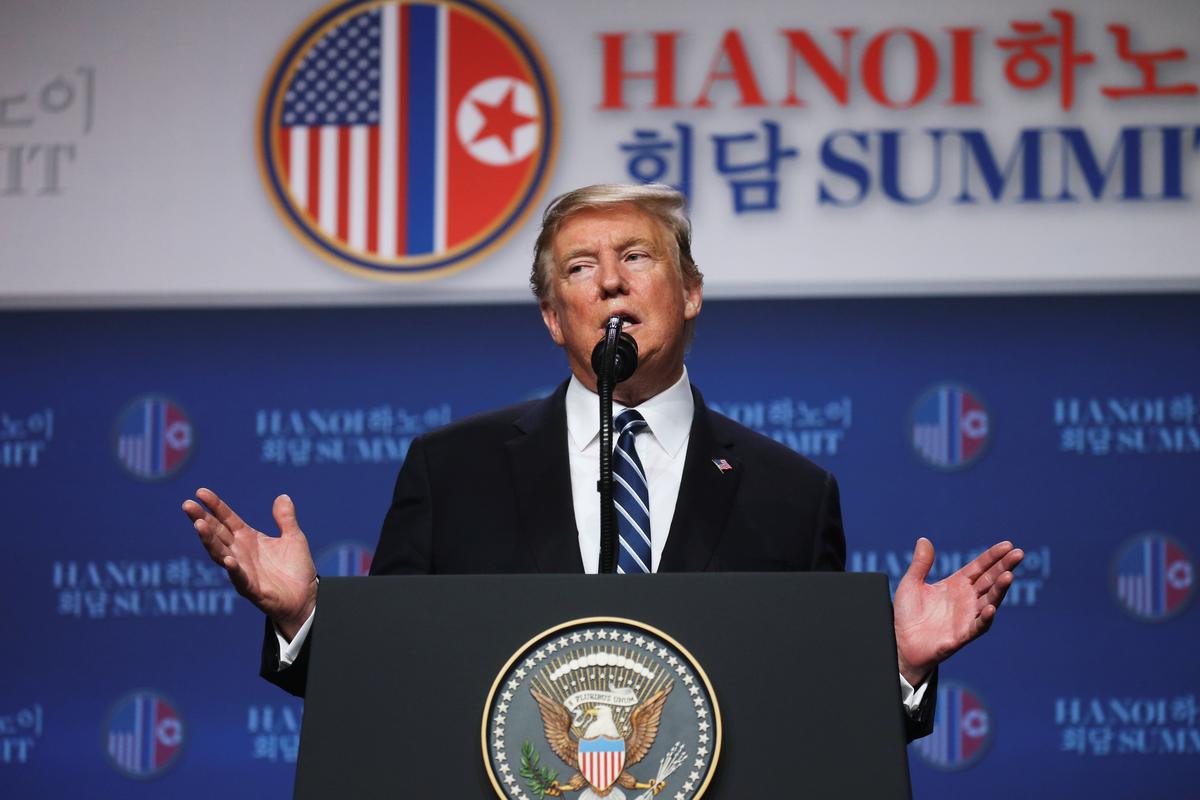 HANOI (Reuters) – U.S. President Donald Trump said his former personal lawyer, Michael Cohen, had lied “a lot” in testimony to a congressional hearing in Washington, but Cohen had told the truth when he said there was had been no collusion with Russia.

Cohen testified on Wednesday, calling Trump a “conman” who knew in advance about the release of stolen emails aimed at hurting his Democratic rival in the 2016 election campaign.

“He lied a lot,” Trump told a news conference in Vietnam after a second summit with North Korean leader Kim Jong Un.

“He didn’t lie about one thing, he said ‘no collusion’.”