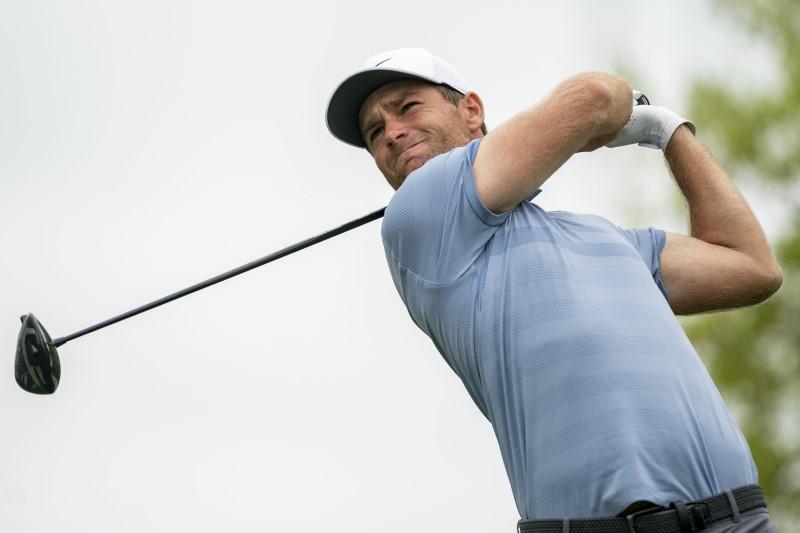 (Reuters) – Dane Lucas Bjerregaard pulled off a stunning victory over Tiger Woods in the quarter-finals of the WGC-Dell Technologies Match Play in Texas on Saturday.

Woods had beaten Rory McIlroy 2&1 in their first match play meeting in the last 16 but Bjerregaard completed a 1-up victory over the former world number one when the American missed a short putt on the 18th hole.

The 50th seed advanced to Sunday’s semi-final against either Sergio Garcia or Matt Kuchar.

Bjerregaard, 27, eagled the 16th to draw level with Woods and after both made birdies on the 17th, the Dane won the match at the last to complete a stunning day after he beat Swede Henrik Stenson 3&2 in the morning.

Italy’s Francesco Molinari will meet Kevin Kisner in the other semi-final.

Woods, the 13th seed, never trailed in the showcase opening match between the two former world number ones, building a three-hole advantage over McIlroy by the 10th hole.

McIlroy rallied, however, cutting the lead to 1-up before the Northern Irishman lost the 16th hole and Woods closed out the match at the 17th.

“I felt like I didn’t give him any holes and Rory didn’t make any putts today. I think he made two birdies today.”

Woods’s solid play and McIlroy’s poor putting were key to their match along with the turn of events at the 16th hole.

McIlroy’s approach shot at the 16th flew the green and rolled up against a railroad-tie fence, forcing him to take an unplayable lie.

McIlroy returned to his original lie, only to find a bunker on his next shot before blasting to within two feet and conceding the hole.

The misadventures not only cost McIlory a chance to tie the match but put Woods 2 up and on the brink of victory.

McIlroy did not make a birdie until the 12th hole where his three-foot putt trimmed Woods’s lead to 2 up.

Rain and wind hit the golfers at the 13th and McIlroy’s second consecutive birdie brought him to within one but the miscues at 16 ended his chances.