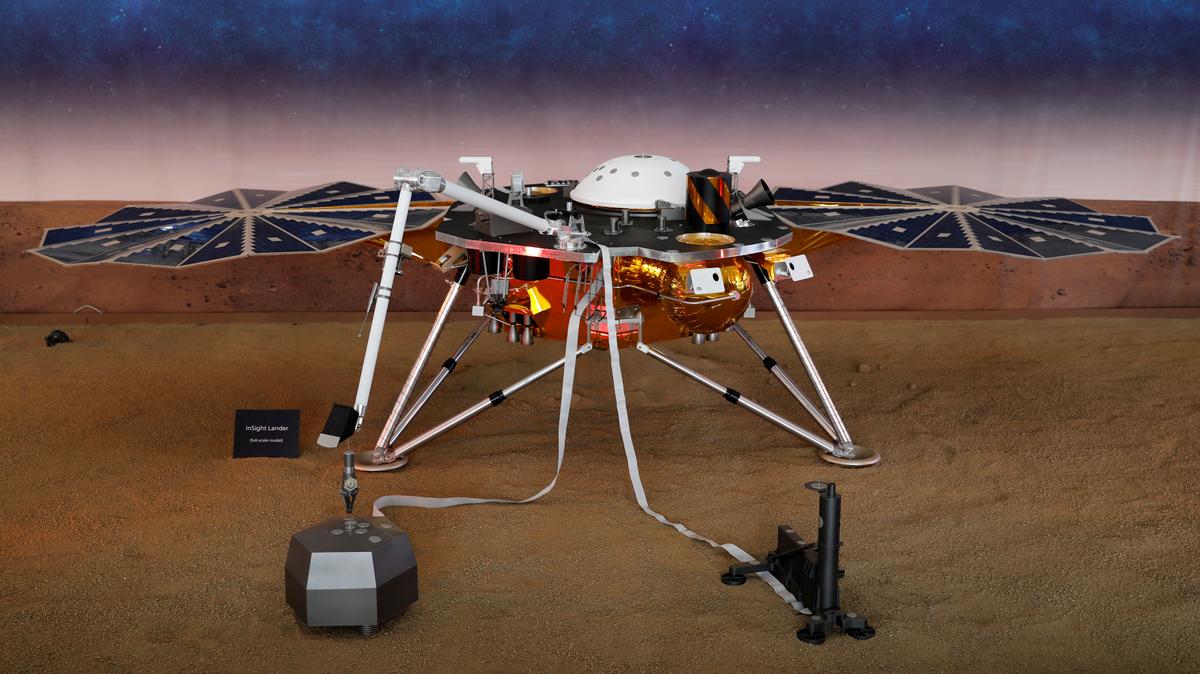 (Reuters) – NASA’s robotic probe InSight has detected and measured what scientists believe to be a “marsquake,” marking the first time a likely seismological tremor has been recorded on another planet, the Jet Propulsion Laboratory in California reported on Tuesday.

The breakthrough came nearly five months after InSight, the first spacecraft designed specifically to study the deep interior of a distant world, touched down on the surface of Mars to begin its two-year seismological mission on the red planet.

The faint rumble characterized by JPL scientists as a likely marsquake, roughly equal to a 2.5 magnitude earthquake, was recorded on April 6 – the lander’s 128th Martian day, or sol.

It was detected by InSight’s French-built seismometer, an instrument sensitive enough to measure a seismic wave just one-half the radius of a hydrogen atom.

“We’ve been collecting background noise up until now, but this first event officially kicks off a new field: Martian seismology,” InSight principal investigator Bruce Banerdt said in a news release.

Scientists are still examining the data to conclusively determine the precise cause of the signal, but the trembling appeared to have originated from inside the planet, as opposed to being caused by forces above the surface, such as wind.

“The high frequency level and broad band is very similar to what we get from a rupture process. So we are very confident that this is a marsquake,” Philippe Lognonné, a geophysics and planetary science professor at University Paris Diderot in France and lead researcher for InSight’s seismometer, said in an email.

Still, a tremor so faint in Southern California would be virtually lost among the dozens of small seismic crackles that occur there every day.

“Our informed guesswork is that this a very small event that’s relatively close, maybe from 50 to 100 kilometers away” from the lander, Banerdt told Reuters by telephone.

A more distant quake would yield greater information about Mars’ interior because seismic waves would “penetrate deeper into the planet before they come back up to the seismometer,” he said.

The size and duration of the marsquake also fit the profile of some of the thousands of moonquakes detected on the lunar surface between 1969 and 1977 by seismometers installed there by NASA’s Apollo missions, said Lori Glaze, planetary science division director at NASA headquarters in Washington.

The lunar and Martian surfaces are extremely quiet compared with Earth, which experiences constant low-level seismic noise from oceans and weather as well as quakes that occur along subterranean fault lines created by shifting tectonic plates in the planet’s crust.

Mars and the moon lack tectonic plates. Their seismic activity is instead driven by a cooling and contracting process that causes stress to build up and become strong enough to rupture the crust.

Three other apparent seismic signals were picked up by InSight on March 14, April 10 and April 11 but were even smaller and more ambiguous in origin, leaving scientists less certain they were actual marsquakes.

Lognonné said he expected InSight to eventually detect quakes 50 to 100 times larger than the April 6 tremor.