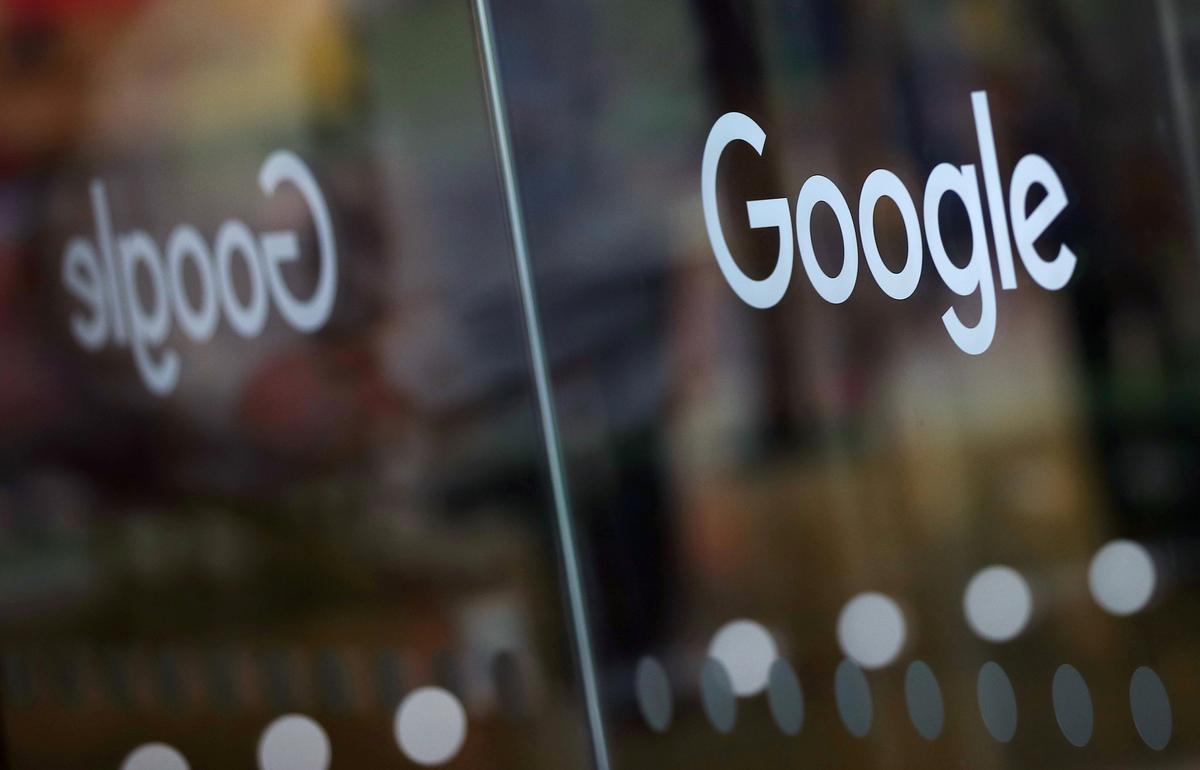 FILE PHOTO: The Google logo is pictured at the entrance to the Google offices in London, Britain January 18, 2019. REUTERS/Hannah McKay

Shares of Alphabet dropped 7.5 percent after hours, setting them up for the biggest one-day drop since falling 8 percent in October 2012. They had closed Monday at a record-high of $1,296.20.

The company is facing continued pressure from advertisers to tighten controls on its fast-growing YouTube video service so that they not appear to be sponsoring adult or offensive content.

Google also is struggling to find the right mix of ad formats to use on mobile devices, voice assistant-enabled home speakers and in emerging markets.

Eight of the 11 analysts who questioned executives on a call on Monday asked about the revenue issues, an unusual level of shared interest. But the executives offered limited new details, prompting Barclays’ analyst Ross Sandler near the end to preface a question by saying he was just beating a dead horse.

Reflecting on the sales growth slowdown, Porat said unspecified changes at YouTube had boosted first-quarter revenue a year ago, with nothing delivering a comparable bump this year.

About 85 percent of Alphabet’s revenue comes from Google’s ad business, which sells links, banners and commercials across its own websites and apps and those of partners.

Chief Executive Sundar Pichai said revenue slowdowns should be expected as the company focuses on the long term.

“You are going to have quarter-to-quarter variations once in a while, but we remain confident about the opportunities we see,” he said on a conference call.

Major competitors for ad spending such as Facebook Inc, Snap Inc, Amazon.com Inc and Twitter Inc all reported last week quarterly revenue above or in line with analysts’ expectations.

Alphabet said its quarterly revenue rose 17 percent from a year ago to $36.3 billion, about $1 billion short of Wall Street’s average estimate, according to IBES data from Refinitiv.

The company said it would have met expectations, adjusting for currency fluctuations.

The growth was the slowest since 17 percent in the first quarter of 2016 and compared with 26 percent for the same quarter in 2018.

Alphabet’s quarterly costs rose about the same as revenue, up 16.5 percent from last year to $29.7 billion.

Expenses have surged faster than revenue for much of the past two years as it adds data centers, offices and YouTube content licenses, concerning some investors amid increased scrutiny on the company’s privacy practices and the advertising restrictions at YouTube.

More advertising controls are coming to YouTube in the coming weeks that could affect sales, Pichai said.

In the first quarter, sales of Google’s Pixel phones also struggled from intense competition in the premium smartphone market, Porat said. The company is expected to introduce lower-priced Pixel devices next month.

Alphabet has yet to tout significant revenue from its spending on ventures such as self-driving cars and its AI helper Google Assistant.

Newer units that are producing noticeable revenue have lagged in market share, including Google’s consolidated hardware unit and Google Cloud, which sells computing and data storage services to businesses.

And Google’s costs could jump further if governments globally follow through on threats to rein in the ability of apps to track users for advertising purposes. Other regulators have discussed forcing companies to step up monitoring of user content. Cost will rise in the current quarter as Google resumes some marketing efforts, Porat said.

Shares of Alphabet have gained 23 percent this year as positive macroeconomic signals had given investors reason to bet on it. But it is the least growth among the so-called FAANG group, with Facebook at 48 percent, Netflix at 39 percent, Apple at 30 percent and Amazon at 29 percent.

Alphabet’s expenses included a $1.7 billion fine from the European Commission for having placed anticompetitive advertising restrictions on websites using its searches.

Google’s 3 billion users help make it the world’s largest seller of internet ads, capturing nearly a third of all revenue, according to research firm eMarketer. Facebook is at about 20 percent.

Operating margin excluding the fine was 23 percent, up from 22 percent in the year-ago period.

Reporting by Arjun Panchadar in Bengaluru and Paresh Dave in San Francisco; Editing by Sriraj Kalluvila and Lisa Shumaker