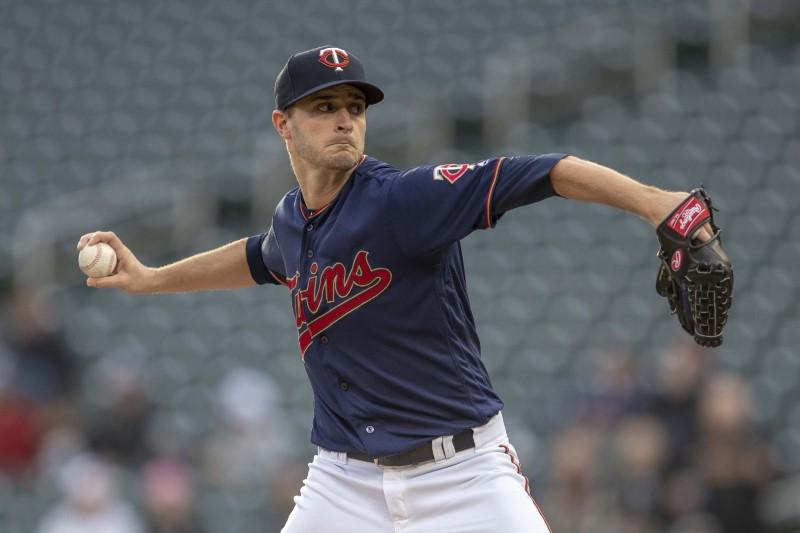 It was the third consecutive win for Odorizzi (3-2), including two in a row over the Astros. He allowed four singles and a walk while striking out seven.

Taylor Rogers pitched a scoreless eighth, and Blake Parker erased a leadoff single to Carlos Correa to start the ninth by inducing Yuli Gurriel to hit into a double play. Parker then got Josh Reddick to ground out to end the game for his sixth save.

Verlander (4-1), who lost for just the third time in his past 21 starts (14-3) against Minnesota, gave up two hits, two walks and a run over six innings before departing after throwing 100 pitches, 66 of which were strikes. He struck out seven.

Jesse Winker’s homer with two outs in the top of the ninth inning lifted visiting Cincinnati past New York Mets in the opener of a four-game series.

The Reds broke a two-game losing streak. The Mets have dropped four of five. The teams combined to strand nine runners without scoring between the fifth and the ninth innings before Winker homered well beyond the right field fence off Mets closer Edwin Diaz (0-1), who was scored upon for just the second time in 13 appearances this season.

The homer made a winner out of Raisel Iglesias (1-3), who tossed two scoreless innings.

Marcell Ozuna had two hits, including a key two-run single in a six-run, fifth-inning rally, and St. Louis won at Washington.

Cardinals starter Michael Wacha (2-0) allowed three runs on four hits in five innings for the win after coming off the injured list earlier in the day. He missed one start due to a knee problem.

Washington’s Patrick Corbin (2-1) had his worst start of the season, allowing six runs on six hits with four walks in five innings. It was his shortest outing in six games this year, and his ERA rose from 2.48 to 3.58.

After the A’s erupted for four runs in the second, Boston was aided by errors from second baseman Jurickson Profar and starting pitcher Frankie Montas (4-2) to put the wheels in motion on its own big inning, six runs in the third.

Six Boston relievers combined to allow one hit over 4 1/3 innings to seal the win as the Red Sox improved to 3-4 on their homestand. Ryan Brasier (1-0) tossed 1 1/3 perfect innings and was credited with the win.

Yandy Diaz had a pair of RBI singles as Tampa Bay defeated host Kansas City for its 11th victory in the past 12 matchups against the Royals.

Brad Keller (2-3) took his second loss to the Rays in as many outings. He struggled with his control all evening and lasted only five innings. Keller gave up five runs on six hits while walking three and striking out one.

Jesus Aguilar hit his first two home runs of the season and Zach Davies (3-0) was effective into the sixth inning as Milwaukee defeated visiting Colorado in the opener of a four-game series.

The Brewers have won four consecutive games against the Rockies, counting the three-game sweep in last fall’s National League Division Series, and have won 11 of their last 13 against Colorado.

Milwaukee won without Christian Yelich, who was kept out of the lineup with a strained lower back and is listed as day-to-day. Aguilar, who hit 35 home runs last season, had gone 80 consecutive at-bats without a homer before going deep in the first and third innings.

Banuelos (2-0) led the White Sox to their third straight victory, limiting the Orioles to two runs on five hits with three walks and six strikeouts. Alex Colome pitched a perfect ninth for his sixth save.

After struggling to solve Orioles left-hander John Means (3-3) when the clubs met in Baltimore last Wednesday, Chicago struck for early success against Means on Monday. The leadoff man reached base in both the second and third innings to set up the home runs from Alonso and Anderson, respectively.