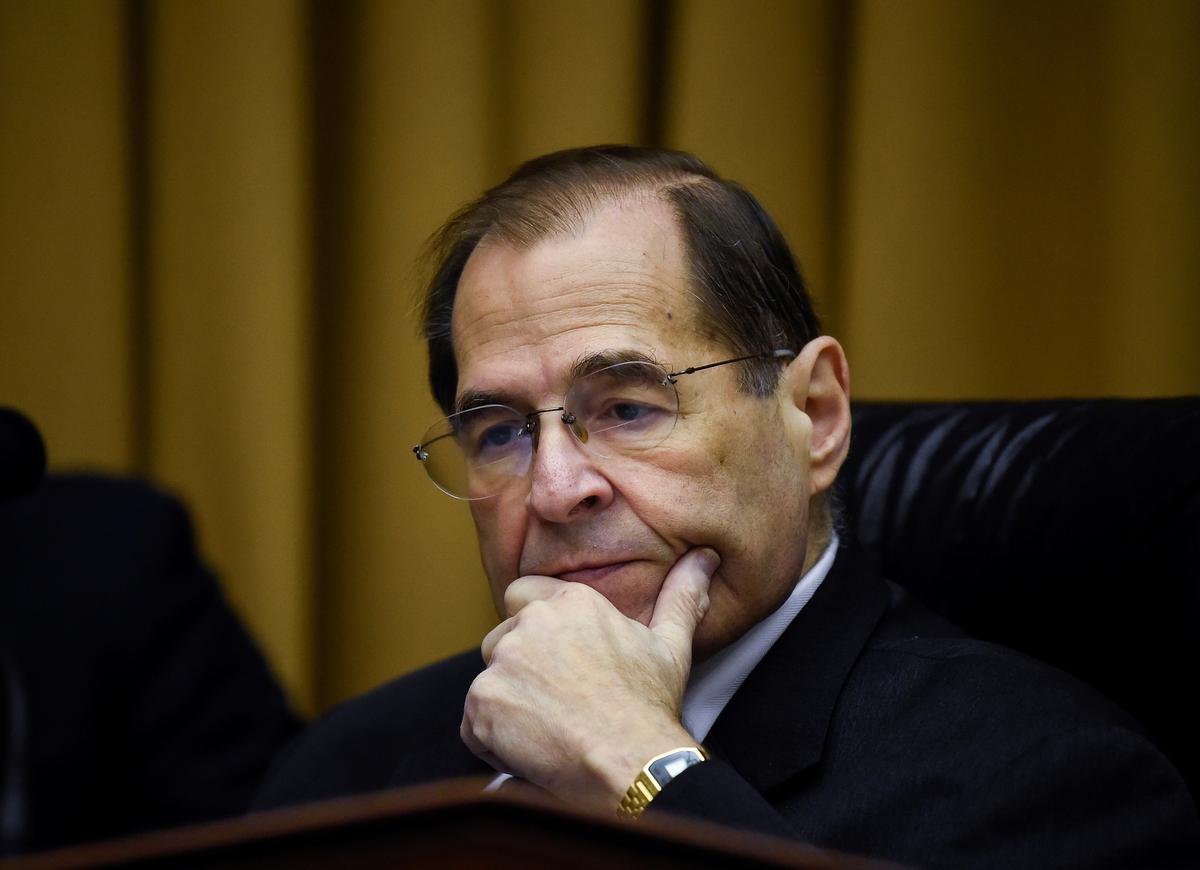 WASHINGTON (Reuters) – President Donald Trump and a senior U.S. House Democrat tightened the screws on U.S. Attorney General William Barr on Friday over the Mueller report, making new demands on him after an already tough week for the Justice Department chief.

Trump said it will be up to Barr to decide whether Special Counsel Robert Mueller, author of the report on Russian interference in the 2016 U.S. election, will testify to the Senate Judiciary Committee, which wants to hear from him.

Earlier in the day, House of Representatives Judiciary Committee Chairman Jerrold Nadler set a new deadline of Monday at 9 a.m. for Barr to comply with a subpoena seeking an unredacted version of the report before moving to hold Barr in contempt of Congress.

The two developments ensured that Barr, Mueller and his report will remain in sharp focus next week in Washington, where Congress and Trump are on a collision course over investigations being led by Nadler and other committee leaders.

At the White House, speaking to reporters, Trump was asked whether he would let Mueller testify to the Senate panel. The president responded, “That’s up to our attorney general.”

Barr, who was appointed by Trump, testified on Wednesday for four hours to the Senate Judiciary Committee. He took heavy criticism for it from congressional Democrats, who have accused Barr of misrepresenting the findings of Mueller’s much-anticipated two-year investigation.

The same committee now wants to talk to Mueller. His 448-page report unearthed many links between Russians and Trump’s campaign, but concluded there was insufficient evidence to establish a criminal conspiracy between the campaign and Moscow. It also described attempts by Trump to obstruct Mueller’s probe, but did not say whether Trump had committed a crime.

Senate Judiciary Committee Chairman Lindsey Graham, a Republican, wrote to Mueller to ask whether he wanted to appear before his panel to discuss any misstatements Barr may have made about the special counsel’s investigation.

The special counsel’s office would not comment on Graham’s invitation.

In a letter to Barr, House Judiciary Chairman Nadler set the 9 a.m. Monday deadline for Barr to comply with the subpoena demanding the unredacted report, as well as underlying evidence from the Mueller probe. He also offered to negotiate further to gain the Justice Department’s cooperation, but made clear what would be at stake if Barr refused.

“If the department persists in its baseless refusal to comply with a validly issued subpoena, the committee will move to contempt proceedings and seek further legal recourse,” the New York Democrat wrote.

Barr on April 18 released a redacted version of the Mueller report. Nadler subpoenaed the entire document a day later.

If Barr does not comply, the House Judiciary Committee is expected to move forward on Monday with a contempt citation that could ultimately lead to a civil court case against Barr, followed by fines and even imprisonment for failure to comply.

Also on Friday, Trump said he will decide in coming days whether he will let former White House lawyer Don McGahn testify to Congress. Mueller’s report said McGahn told investigators that Trump contacted him in an attempt to get Mueller fired.