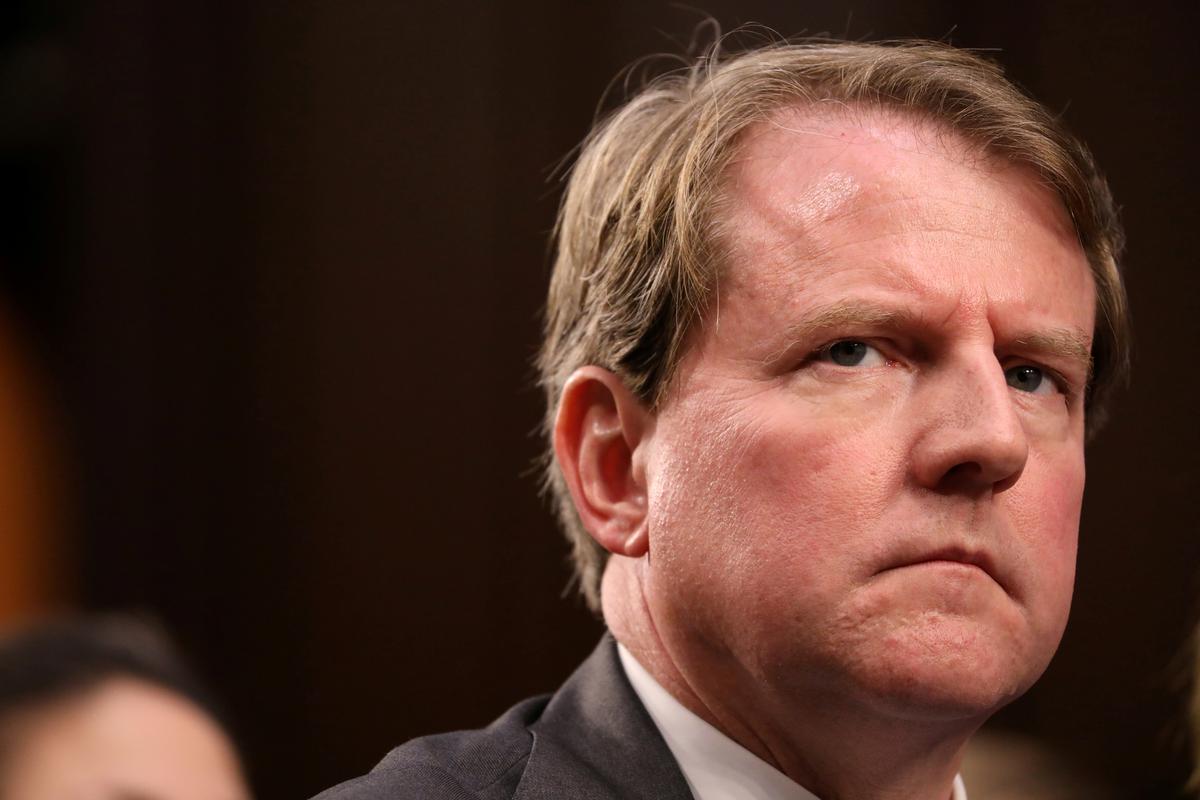 WASHINGTON (Reuters) – U.S. President Donald Trump on Friday said he will decide in the coming days whether he will allow former White House lawyer Don McGahn to testify before U.S. lawmakers or whether he will invoke executive privilege to block his testimony.

U.S. House of Representatives Judiciary Committee Chairman Jerrold Nadler last Monday subpoenaed McGahn to testify before the panel in its investigation of possible obstruction of justice by Trump. The committee had asked for documents from McGahn by May 7 and for him to testify on May 21.

“That’ll all be determined over the next week or so,” Trump told reporters on Friday when asked if he had decided whether to invoke executive privilege over the subpoena, adding that he had been transparent with Special Counsel Robert Mueller.

Mueller’s report released to the public on April 18 said Trump had asked McGahn to fire Mueller as he was investigating suspected Russian interference in the 2016 U.S. election and possible coordination between the Trump campaign members and Moscow officials.

Trump had told Fox News in an interview on Thursday he was not inclined to let McGahn testify to Congress, saying that McGahn had already spoken to the special counsel on the Russia probe and that allowing him to testify would open the gates for others to be called.