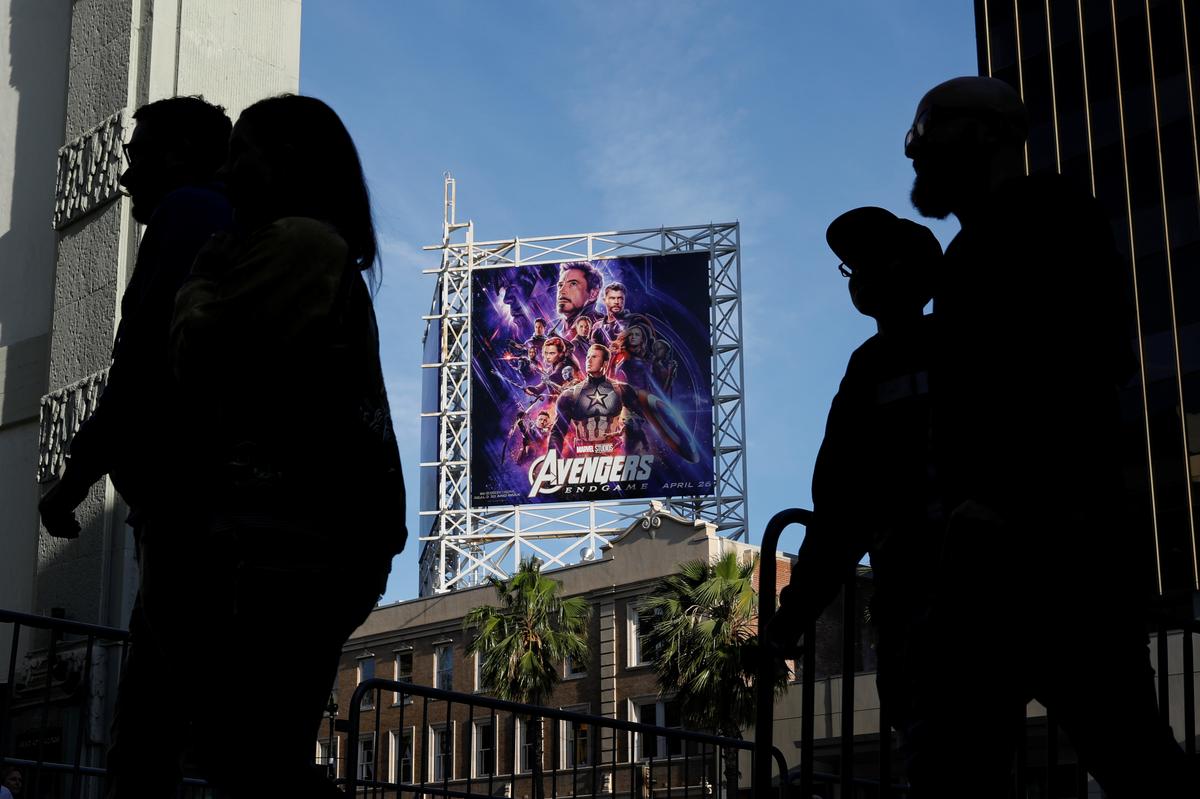 “Avengers: Endgame” now stands as the second-biggest movie of all time with $2.188 billion worldwide. The Marvel juggernaut became the fastest film to gross $2 billion globally in just 11 days, crushing “Avatar’s” record of 47 days. It has now generated $619 million at the domestic box office and $1.56 billion internationally.

In North America, “Avengers: Endgame” dipped 59% from its opening weekend. That wasn’t enough to secure the biggest second weekend of all time, a record still held by “Star Wars: The Force Awakens” with $149 million. However, it passed “Avengers: Infinity War” ($114 million) to hold the second-biggest weekend ever. Only six films have ever surpassed $100 million in their second weekends.

While “Avengers: Endgame” continues to be the de facto choice among moviegoers, a number of brave studios opened new movies to mixed results.

“The Intruder,” a psychological thriller from Sony and Screen Gems, fared the best among newcomers. It debuted in second place, amassing $11 million from 2,222 North American locations. That’s a solid start since the studio shelled out $8 million to produce “The Intruder.” The PG-13 thriller centers on a married couple who recently purchased their dream home, only to realize the seller keeps creepily meddling in their life.

Lionsgate’s “Long Shot,” a raunchy R-rated romantic comedy starring Seth Rogen and Charlize Theron, nabbed the No. 3 spot with a tepid $10 million from 3,230 screens. Jonathan Levine directed the movie about a journalist (Rogen) who tries to win over his former babysitter-turned-politican (Theron), who is now running for president. It garnered mostly positive reviews since its premiere at South by Southwest. The opening weekend audience skewed female (56 percent), while 68 percent of moviegoers were over the age of 35.

This weekend’s final new release, “UglyDolls,” launched in fourth place well below expectations, stumbling with $8.5 million from 3,652 venues. STX’s animated musical cost $45 million to produce. The A-list voice cast includes Kelly Clarkson, Nick Jonas, and Pitbull, who all recorded new music for the movie. The family friendly adventure follows a group of misfit dolls who learn to embrace what it means to be unique.

Meanwhile, Disney’s “Captain Marvel” got another boost from “Avengers: Endgame.” It landed at the No. 5 spot, generating $4.3 million during its ninth weekend in theaters. The superhero tentpole, starring Brie Larson, has earned $420 million in North America.