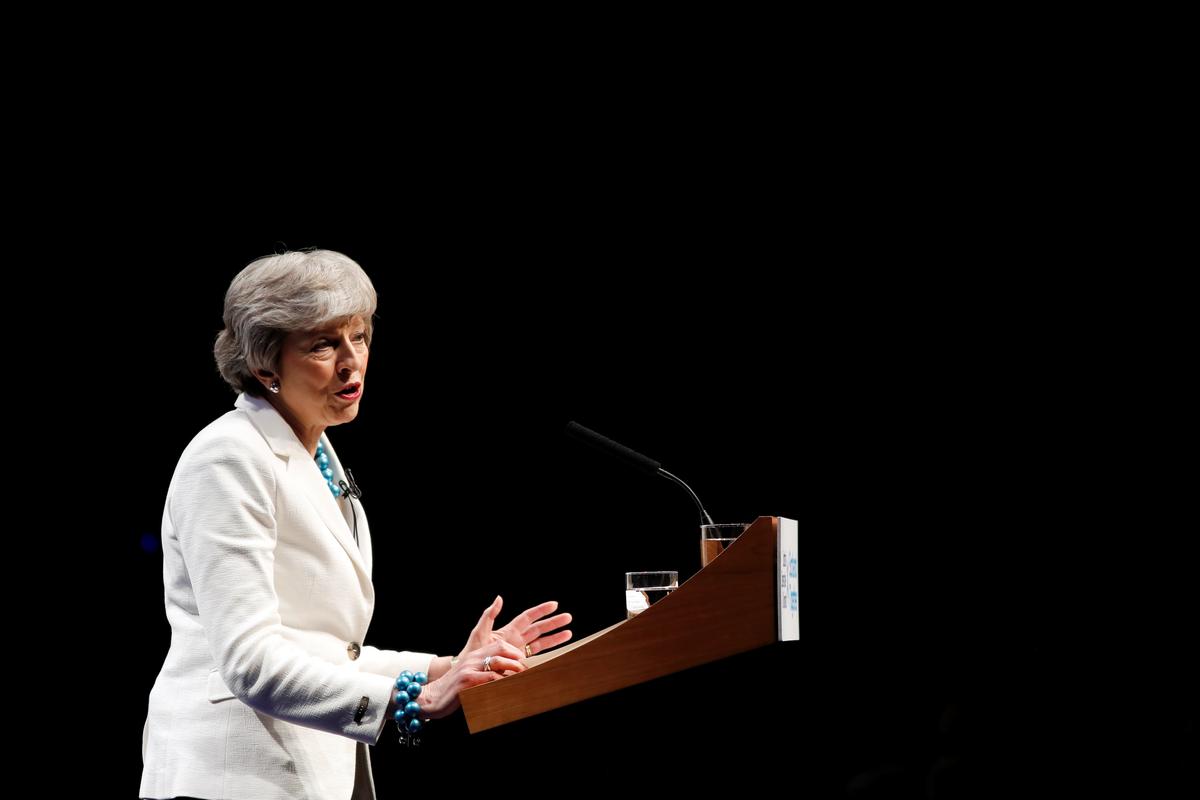 LONDON (Reuters) – British Prime Minister Theresa May on Sunday stepped up calls for Labour Party leader Jeremy Corbyn to agree a cross-party deal to leave the European Union, following poor results for both parties in local elections on Thursday.

The parties have been in negotiations for over a month to try to broker a Brexit deal that can secure majority support in parliament, after May’s minority government suffered three heavy defeats on her preferred deal this year and was forced to delay Britain’s departure.

“To the leader of the opposition I say this: Let’s listen to what the voters said in the local elections and put our differences aside for a moment. Let’s do a deal,” she wrote in the Mail on Sunday newspaper.

Labour responded by saying any deal should be done quickly, but accused May of leaking details of the compromise under discussion and jeopardising the talks.

May’s Conservatives lost more than a thousand seats on English local councils that were up for re-election, and Labour – which would typically aim to gain hundreds of seats in a mid-term vote – lost 81.

The talks with Labour are a last resort for May, whose party’s deep divisions over Brexit have so far stopped her getting approval for an exit agreement and left the world’s fifth largest economy in prolonged political limbo.

The Sunday Times reported that the Conservatives would offer new concessions to Labour when talks restart on Tuesday, including a temporary customs union with the EU until a national election due in June 2022.

“At that point Labour could use their manifesto to argue for a softer Brexit if they wanted to and a new Conservative prime minister could argue for a harder Brexit,” a source cited by the Sunday Times said.

Labour’s Corbyn has made a permanent customs union with the EU a condition for supporting May’s Brexit plans, while most Conservatives oppose a customs union as it would stop Britain from reaching its own trade deals with other countries.

The report on the terms of a possible compromise angered Corbyn’s senior ally John McDonnell, who oversees the party’s finance policy and has been involved in the Brexit talks.

Asked if he trusted May, McDonnell said: “No, sorry. Not after this weekend when she’s blown the confidentiality… I actually think she’s jeopardised the negotiations for her own personal protection.”

Nevertheless, McDonnell said talks would continue this week and if a deal could still be struck, it must be concluded quickly.

Even then, the parliamentary approval – required by law – is not straightforward.

A customs union would upset the most pro-Brexit members of the Conservative Party who say it does not honour the terms of the country’s 2016 vote to leave the EU.

Eurosceptic lawmaker John Redwood tweeted on Sunday that a cross-party agreement that amounted to staying in the bloc was “the last thing we need.”

On the other side of the Brexit divide, the Observer newspaper reported that scores of Labour lawmakers had written to May and Corbyn to insist on a second Brexit referendum on any deal agreed.

Veteran Brexit campaigner Nigel Farage, whose new Brexit Party is predicted to make big gains in European Parliament elections this month, said a Conservative-Labour Brexit deal on a customs union would be “a coalition of politicians against the people.”

A temporary customs union would also be likely to raise EU concerns that it could lead to customs checks on the border between euro zone member Ireland and the UK province of Northern Ireland if it later breaks down – something Ireland objects to strongly.