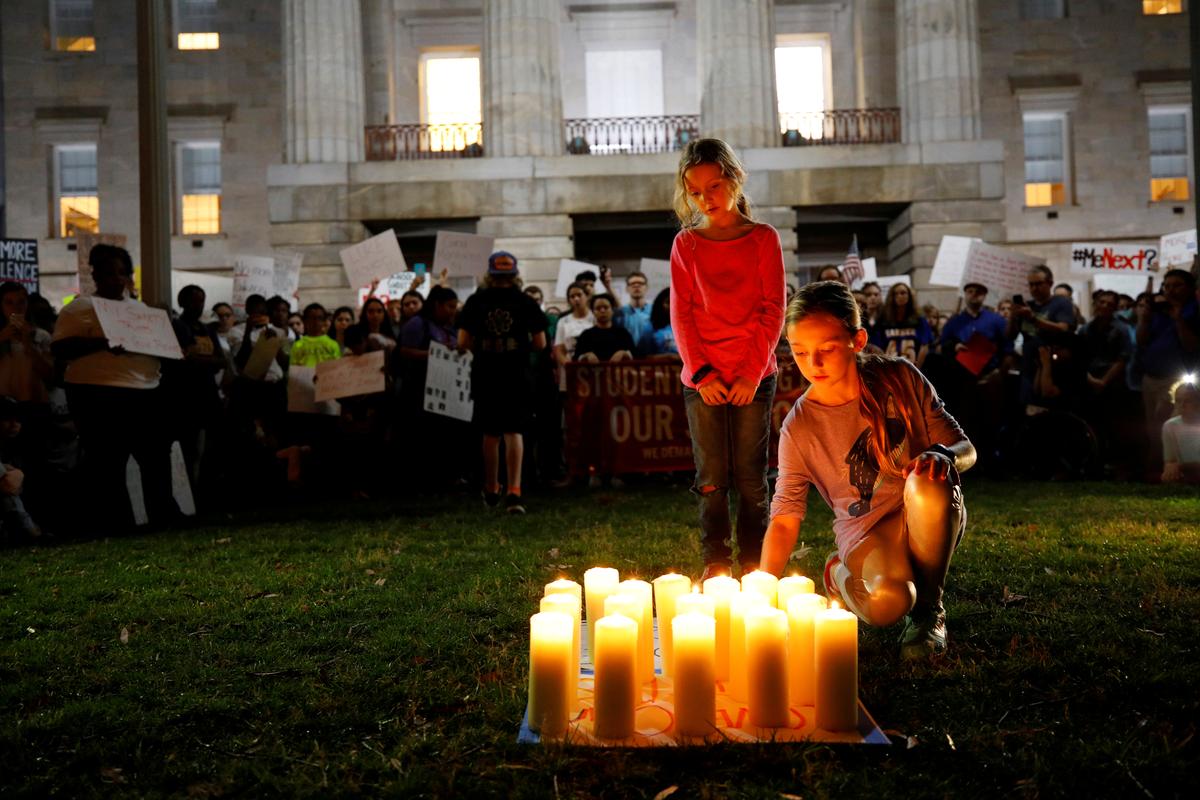 (Reuters) – The North Carolina college student credited with saving lives by tackling a gunman firing at his classmates was remembered on Sunday as a person who died, the way he lived, “putting others first.”

FILE PHOTO: A young student places a candle in memory of one of the victims of the shooting at Marjory Stoneman Douglas High School outside the North Carolina State Capitol building during a demonstration calling for safer gun laws, in Raleigh, North Carolina, U.S., February 20, 2018. REUTERS/Jonathan Drake/File Photo

Riley Howell, 21, was one of two people killed on Tuesday at the University of North Carolina at Charlotte when a former student opened fire inside a classroom of nearly 50 students. Four other students were injured.

Howell, a member of the university’s Reserve Officer Training Corps (ROTC), was given full military honors at the memorial.

The gunman, who authorities identified as Trystan Andrew Terrell, 22, has been charged with two counts of murder and four counts of attempted murder.

Howell, an environmental studies student, was described as adventurous, passionate about life and all living things.

He loved “anything Star Wars” and would have lightsaber fights in the yard with his younger brother Teddy, according to his obituary.

“My superhero doesn’t wear a cape he wears Tevas,” Teddy said of Riley, referring to his sandals of choice.

Howell’s girlfriend Lauren Westmoreland spoke to him directly during the service.

“When I first saw you, it was like the sun came out,” she said. “From now on, when the sun shines warmly and gently on my face, I will know that it’s you, holding me in spirit.”