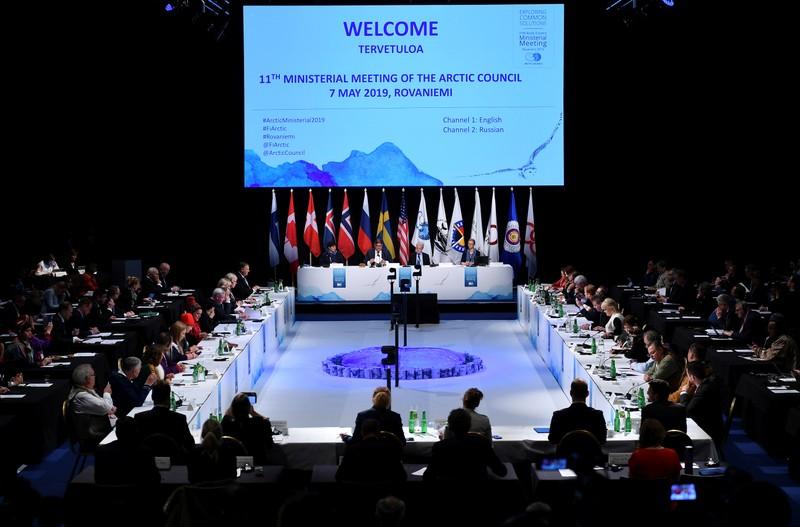 BEIJING (Reuters) – China will work with all parties to play a constructive role in the Arctic, the foreign ministry said on Tuesday, as the United States warned about Beijing’s involvement in the region.

Foreign Ministers attend the Arctic Council summit at the Lappi Areena in Rovaniemi, Finland May 7, 2019. Mandel Ngan/Pool via REUTERS

U.S. Secretary of State Mike Pompeo has said Russia was behaving aggressively in the Arctic and China’s actions there had to be watched closely as well, amid growing divisions in the polar region over global warming and access to minerals.

Speaking as he arrived in northern Finland for a meeting of nations with territory in the Arctic, Pompeo said China appeared to have national security aims there, and Russia’s activities, including plans for new shipping channels from Asia to northern Europe, deserved a closer look.

In Beijing, Foreign Ministry spokesman Geng Shuang said Pompeo’s criticisms “were totally out of sync with the facts”.

He told a daily news briefing, “It is inconsistent with the general trend of peaceful cooperation in the Arctic, completely confuses right with wrong, and has ulterior motives.”

“But on the cross-regional and global issues of the Arctic, China will not be absent and can and will play a constructive role.”

China is willing to work with relevant parties to jointly understand and protect the Arctic, and make its own contribution to the region’s peace, stability and sustainable development, he added.

Countries have been scrambling to claim territory or, like China, boost their presence in the region as thawing ice raises the possibility of exploiting much of the world’s remaining undiscovered reserves of oil and gas and huge mineral deposits.

The Arctic Council groups Canada, Denmark, Finland, Iceland, Norway, Russia and the United States. China has had observer status since 2013.