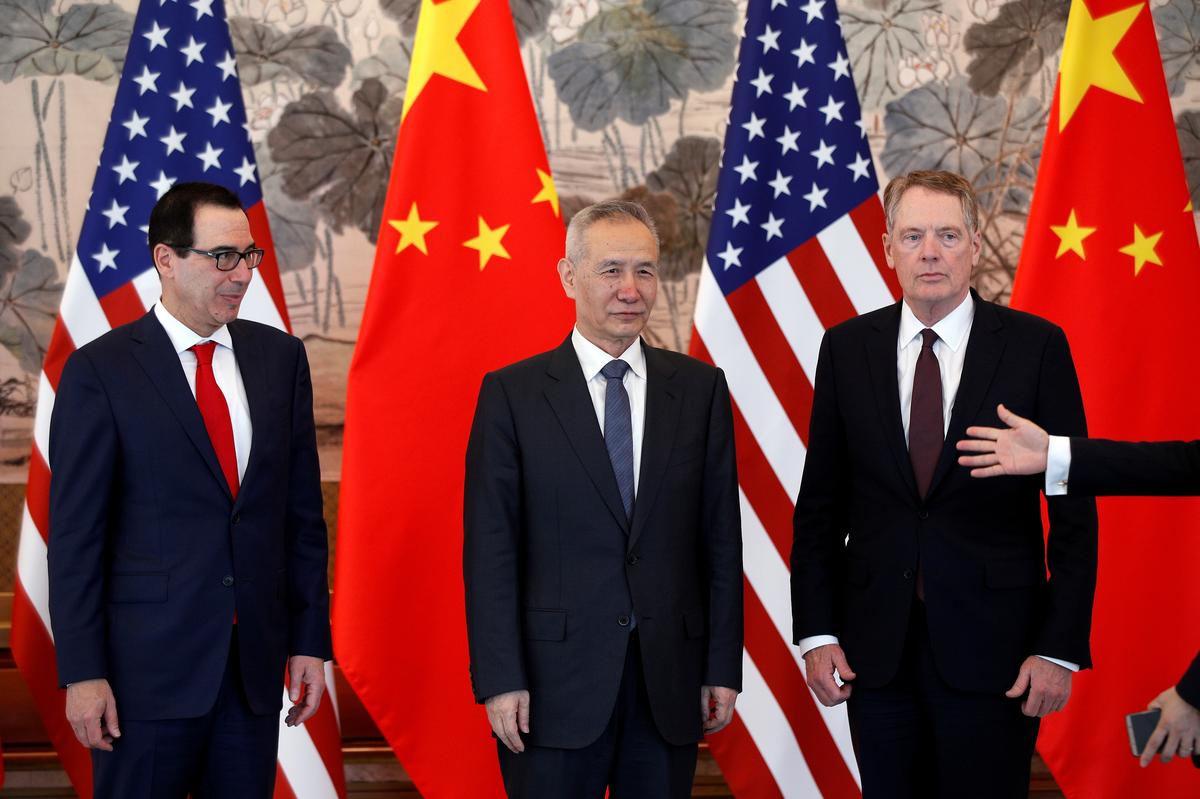 U.S. officials have said China has backtracked on substantial commitments it made during months of negotiations seeking to end their bruising trade war.

Those concerns prompted Trump to say on Sunday that he would raise tariffs on $200 billion worth of Chinese goods to 25 percent from 10 percent by the end of the week, and would “soon” target remaining Chinese imports with tariffs.

The president’s tweets abruptly ended a five-month ceasefire in a trade dispute that has cost the two countries billions of dollars and disrupted manufacturing supply chains. Fears that negotiations were unraveling sent global stocks and oil prices lower on Monday, and raised speculation that China could cancel Liu’s planned visit.

China’s Commerce Ministry confirmed that Liu, who leads the talks for Beijing, will visit the United States on May 9 and May 10. The ministry did not elaborate or give the expected topics of discussion.

Beijing’s response to the prospect of new tariffs has been relatively reserved, and on Tuesday, Foreign Ministry spokesman Geng Shuang told a news briefing that mutual respect was the basis for reaching a trade agreement.

“Talks are by their nature a process of discussion. It’s normal for both sides to have differences. China won’t shun problems and is sincere about continuing talks,” he said.

“We hope the U.S. side can work hard with China, to meet each other halfway, and on the basis of mutual respect and equality, resolve each other’s reasonable concerns, and strive for a mutually beneficial, win win agreement.”

Beijing’s willingness to go ahead with the talks in the face of Trump’s tweets shows it would remain calm and “focus on the talks rather than engage in public opinion warfare”, the widely-read, state-run Global Times tabloid said in an editorial.

“Even if the negotiations break down and Washington comprehensively raises tariffs, that does not mean the door to talks is closed,” the paper said, adding that the impact on China of such a failure would be controllable.

If Liu joins the delegation to Washington, “it will signal how serious China is and indicates that China and the U.S. are going to talk further,” economists at ING said in a note earlier on Tuesday.

U.S. Trade Representative Robert Lighthizer, who has been an advocate for tough structural changes in China, said on Monday that Beijing had reneged on commitments it had made previously that would have changed the agreement substantially.

“Over the course of the last week or so we have seen … an erosion in commitments by China,” Lighthizer told reporters. “That in our view is unacceptable.”

“We’re not breaking off talks at this point. But for now … come Friday there will be tariffs in place,” Lighthizer said.

Treasury Secretary Steven Mnuchin, considered to be less hawkish toward China, said China’s backtracking became clear with “new information” over the weekend. He declined to give specifics and said the U.S. side had originally hoped to conclude a deal one way or the other this week.

“They were trying to go back on language that had been previously negotiated, very clear language, that had the potential of changing the deal dramatically,” Mnuchin said.

“The entire economic team … are completely unified and recommended to the president to move forward with tariffs if we are not able to conclude a deal by the end of the week.”

China has repeatedly said it will make changes to open its economy according to its own timeline, not in response to trade disputes.

But recently it has enacted new laws, including a new Foreign Investment Law, and amended others, moves some see as efforts to address concerns shared by the United States and other foreign investors, including those from China’s largest trading partner, the European Union.

FILE PHOTO: China’s Vice Premier Liu He listens during a meeting with U.S. President Donald Trump in the Oval Office at the White House in Washington, U.S., February 22, 2019. REUTERS/Carlos Barria

Negotiations on removing U.S. tariffs have been one of the remaining sticking points. China wants the tariffs to be removed. U.S. officials want to keep some, if not all, as part of any final deal to ensure China lives up to its commitments.