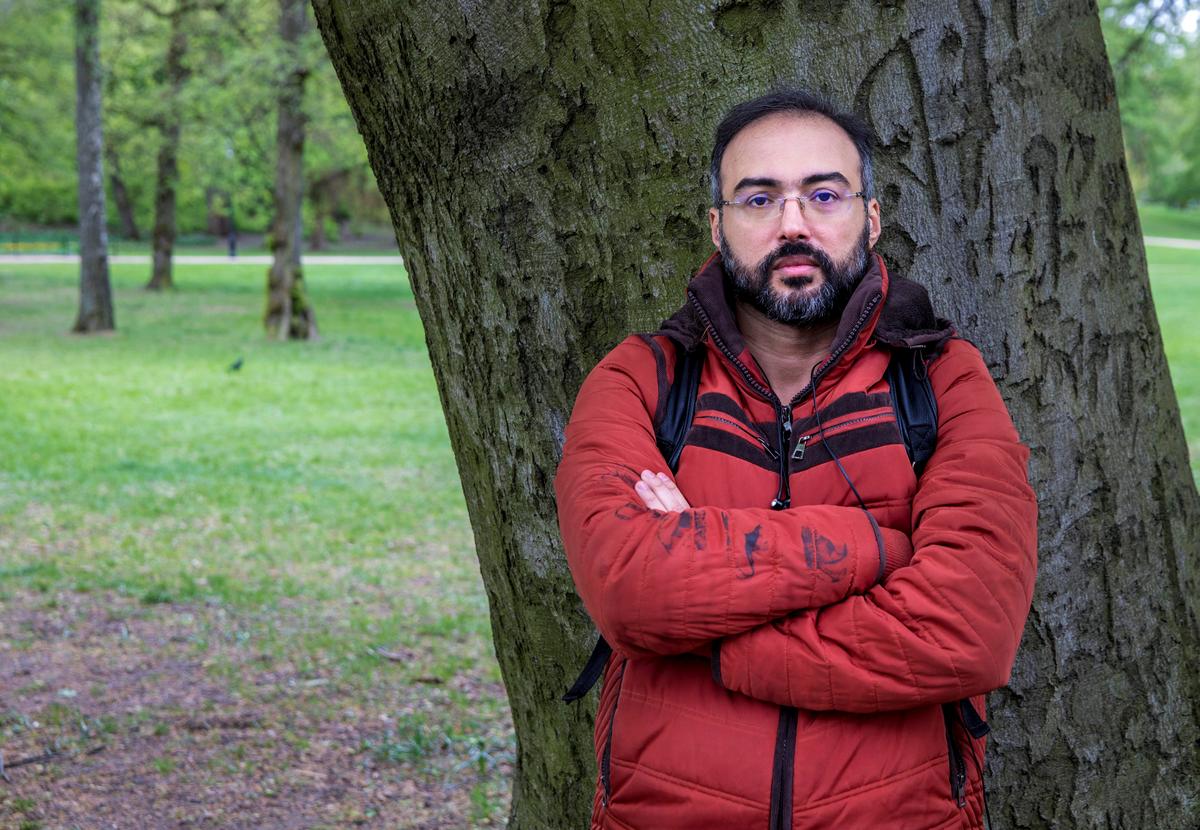 OSLO (Reuters) – A prominent Arab pro-democracy campaigner living in political asylum in Norway said he had been temporarily moved to a secure location by Norwegian police last month after a tip-off about a possible threat against him from Saudi Arabia.

Author and blogger Iyad el-Baghdadi poses for a photo, as he says he is under protection custody in Norway, after the CIA warned him of being threatened by Saudi Arabia, in Oslo, Norway. May 7, 2019. Picture taken May 7. Ole Berg-Rusten/ NTB Scanpix/via REUTERS

Iyad el-Baghdadi is a Palestinian human rights campaigner and writer who won prominence during the 2011 Arab uprisings and has written critically of Saudi Crown Prince Mohammed bin Salman. He has lived in Oslo since 2015.

On April 25, Norwegian security services moved him for a period of time to a secure location because of a threat against his person, Baghdadi told Norwegian public broadcaster NRK.

“They asked me to go with them. They said they have a secure location prepared. They have received information from a partner intelligence agency indicating that I am the target of a threat,” Baghdadi told NRK late on Tuesday.

“It is very clear to me that it is a Saudi threat … We kind of brainstormed 6-7 reasons that put me on their crosshairs,” he said, without elaborating.

The Saudi embassy in Oslo was not immediately available for comment. Saudi Arabia’s government communications office did not respond to a request for comment.

The NRK and Britain’s Guardian newspaper said that the U.S. Central Intelligence Agency had alerted Norway to the possible threat against Baghdadi.

Baghdadi did not respond to requests for comment. Shortly after the NRK broadcast, he tweeted: “It is not clear at this time what the nature of the threat was, and there’s no indication that it had translated into a specific plot.”

Saudi Arabia has come under increasing global scrutiny over its human rights record since the murder of journalist Jamal Khashoggi last year inside the kingdom’s Istanbul consulate and the detention of around a dozen women’s rights activists.

A bipartisan chorus of U.S. lawmakers has called on the White House to harden its stance toward Saudi Arabia after Khashoggi, a critic of Prince Mohammed, was killed by Saudi agents in a move widely seen as an attempt to stifle dissent.

A CIA assessment has blamed Prince Mohammed for ordering the killing, which Saudi officials deny.

In a subsequent interview with Al Jazeera, Baghdadi said a large amount of his work over the past two years had focused on the rights situation in Saudi Arabia, particularly after Khashoggi’s killing.

He said the Norwegian authorities had told him they would provide him with police protection in Oslo but had asked him not to travel.