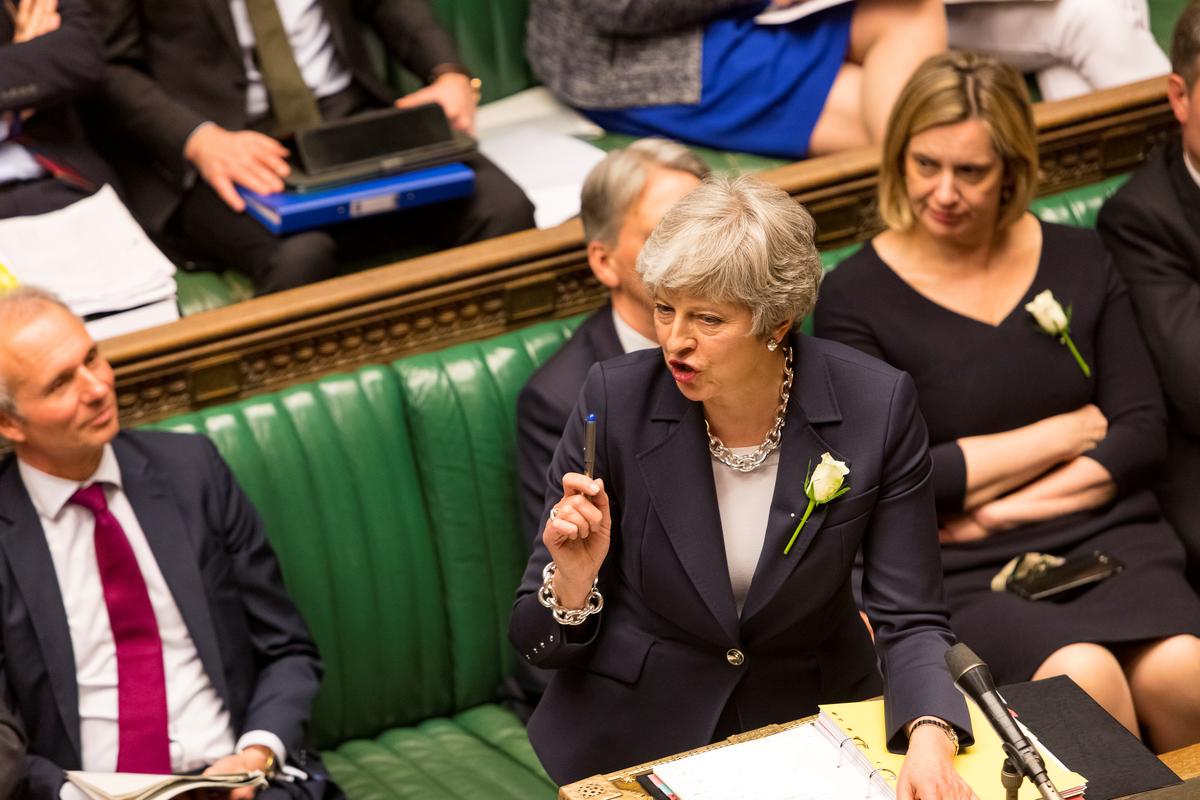 Britain’s Prime Minister Theresa May speaks at the House of Commons in London, Britain May 8, 2019. ©UK Parliament/Roger Harris/Handout via REUTERS

LONDON (Reuters) – British Prime Minister Theresa May has offered to meet the executive of an influential Conservative Party group next week to address growing calls for her to cut short her premiership, two Conservative lawmakers said on Wednesday.

At a regular meeting of the influential 1922 Committee, which groups Conservative lawmakers and can make or break party leaders, chairman Graham Brady said he had met May twice and described her determination to get her Brexit deal ratified.

Earlier, her spokesman said she stood by her commitment to resign after she completed “phase one” of the Brexit process, or the divorce deal, before handing over to a new leader to negotiate future trade ties with the bloc.

But many Conservative lawmakers believe that May has failed to deliver on Britain’s vote to leave the European Union and that the party needs a new approach.

At the meeting, one lawmaker called on the executive to be “assertive” as the party needed to have “an end in sight”, one Conservative attending the meeting said.