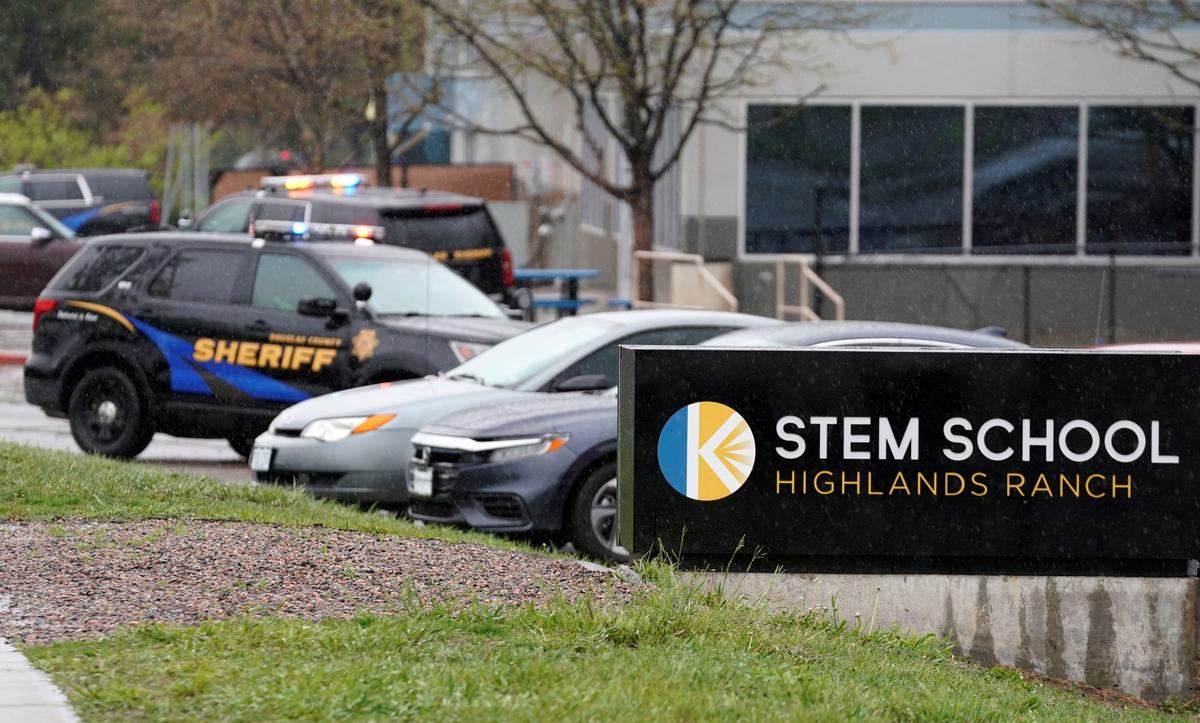 CASTLE ROCK, Colorado (Reuters) – The older of two students accused of opening fire in a suburban Denver high school, killing one classmate and injuring eight others, made his initial court appearance on Wednesday, facing murder and attempted-murder charges.

The 18-year-old suspect being charged as an adult, Devon Erickson, sat silently at a small table with his head bowed and his hands shackled to his waist, flanked by two defense lawyers as a pair of sheriff’s deputies stood just behind them.

His attorneys asked the judge to allow defense investigators to oversee processing of the crime scene by law enforcement officers, but prosecutors objected. But the Douglas County District Court judge denied that request.

No plea was entered in the case, and the defendant was ordered to return to court on Friday.

Erickson was being held on suspicion of a single count of first-degree murder and 29 counts of attempted murder, according to court records, although it was not immediately clear how prosecutors arrived at that number of charges. Eight students wounded in the shooting survived.

His accused accomplice, who is under the age of 18 and has not been publicly identified, is being charged separately as a juvenile, authorities said.

The two teenagers are accused of opening fire on fellow students in two classrooms at the Science, Technology, Engineering and Math (STEM) School in Highlands Ranch, about 25 miles (40 km) south of Denver.

The 18-year-old student killed in the shooting, identified by his family as Kendrick Ray Castillo, was a senior just days away from graduation, police said on Wednesday as they continued to search for a motive in the attack.

He was one of several students, according to eyewitness accounts, who charged at the two assailants in Tuesday’s shooting.

Denver’s ABC television affiliate, citing an unidentified police source, reported on Tuesday that one of the suspects, apparently the younger of the two, was born male but identified as female and had been bullied for it.

Sheriff Tony Spurlock declined to answer a reporter’s question about whether the younger suspect was transgender.

“Right now we are identifying the individual as a female, because that’s where we’re at,” he said. “We originally thought the juvenile was a male by appearance.”

Tuesday’s attack occurred less than a month after the 20th anniversary of the Columbine High School massacre in nearby Littleton, about 5 miles (8 km) from Highlands Ranch, carried out by two students who shot 13 people to death before committing suicide.