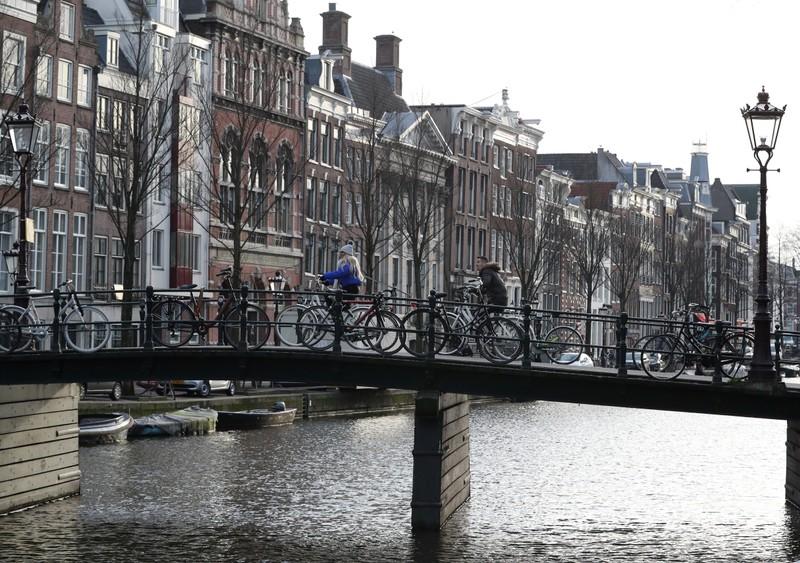 FILE PHOTO: Cyclists ride over a bridge in the center of Amsterdam, Netherlands January 29, 2019. REUTERS/Yves Herman

Emissions were down 14.5 percent from 1990 levels, Statistics Netherlands said, meaning the country is unlikely to meet its Kyoto Protocol goal of a 25 percent reduction by 2020.

The Netherlands is proportionately one of Europe’s worst greenhouse gas polluters, emitting 34 percent more than average on a per-person basis, the CBS said.

In June the government is due to present a national plan for cutting emissions in half by 2030.

It is not clear how the government can comply with a 2015 court ruling in a case won by climate activists which ordered it to meet the 2020 target.

Prime Minister Mark Rutte’s government has asserted several times it will adhere to the ruling and meet the target.