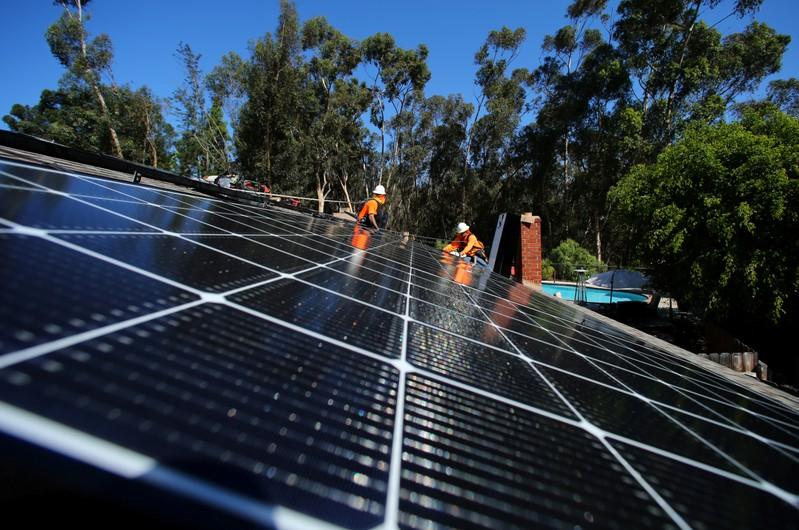 (Reuters) – There are now more than 2 million solar installations in the United States, a milestone reached just three years after hitting the 1 million mark, an industry trade group said on Thursday.

The number of installations in the United States is forecast to double to 4 million in 2023, Wood Mackenzie said.

“We believe that the 2020s will be the decade that solar becomes the dominant new form of energy generation,” SEIA CEO Abigail Ross-Hopper said in the statement.

Solar energy has boomed in the United States over the last decade thanks to rapidly falling prices on the technology, state mandates that require utilities to source large amounts of renewable energy and a federal tax credit worth 30 percent of the cost of a system. Solar is now a $17 billion industry, SEIA said.

Yet despite this growth, solar is still a small part of the U.S. energy mix compared with fossil fuels. This year solar, wind and other renewables excluding hydropower are expected to provide 11 percent of U.S. electricity generation, compared with 37 percent for natural gas and 24 percent for coal, according to the U.S. Energy Information Administration.

California accounted for 43 percent of the second million installations, but represented more than half the first million. Other states where solar has grown rapidly over the last three years include Texas, Utah, Florida, Rhode Island and Maryland, SEIA said.

By 2024, there will be one solar energy system installed per minute in the United States, Wood Mackenzie said.