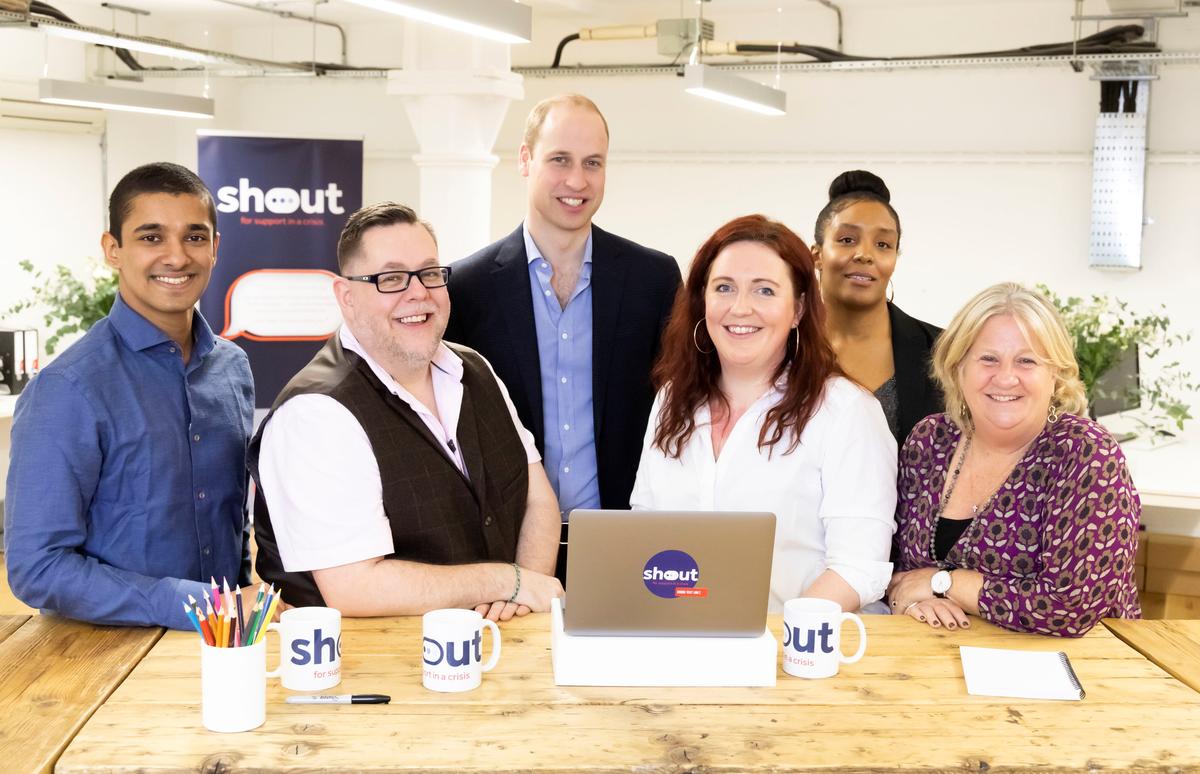 The two princes have been widely praised for speaking out about their own struggles with mental health struggles in the wake of the death of their mother Princess Diana in a 1997 car crash and have made the issue one of their main charitable causes.

The new text messaging service, called “Shout”, aims to provide 24/7 support for people suffering from crises such as suicidal thoughts, abuse, relationship problems and bullying by connecting them to trained volunteers and helping them find longer-term support.

“We are incredibly excited to be launching this service, knowing it has the potential to reach thousands of vulnerable people every day,” the four royals said in a statement.

“We have all been able to see the service working up close and are so excited for its future. We hope that many more of you will join us and be part of something very special.”

The service is particularly aimed at younger people and using text messaging means it is silent and private, allowing people to use it at school, on a bus or at home, the organisers said. A 2017 report estimated that one in eight five to 19-year-olds in Britain had at least one mental health disorder.

As part of the launch, William appears in a video appealing for people to come forward as the service seeks to expand from 1,000 to 4,000 volunteers.

The initiative is one of the first to involve the quartet of royals who are joint patrons of the Royal Foundation, their primary vehicle for helping charities and good causes and which is supporting the Shout scheme.

It comes after the British media has been rife with speculation of a rift between the brothers and their wives, although there has been no public indication of any disagreements.

On Monday, Meghan, 37, and 34-year-old Harry celebrated the birth of their first child Archie, with William, 36, and Kate, 37, saying they were absolutely thrilled at the news.