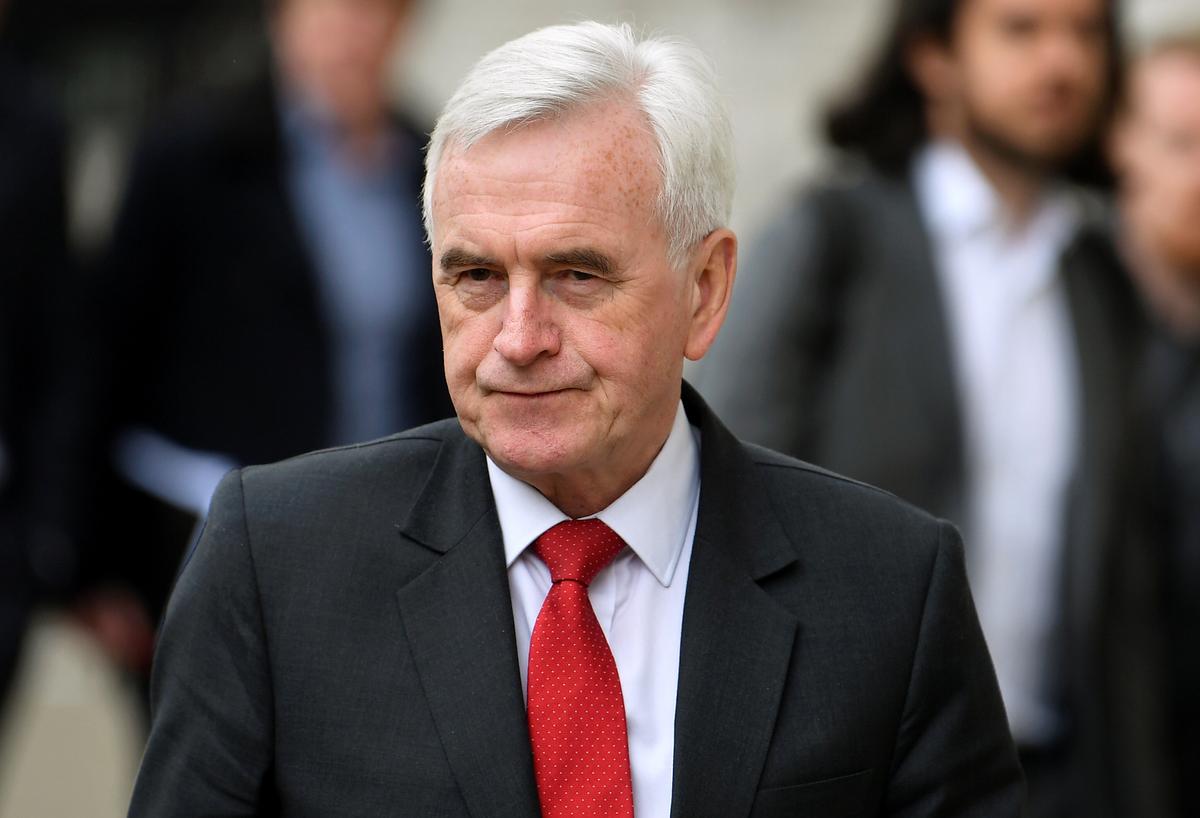 LONDON (Reuters) – The battle among leading Conservatives to replace Theresa May as prime minister threatens to derail talks with the opposition Labour Party and the bid to find a Brexit compromise, Labour’s John McDonnell said.

May, who has offered to quit if lawmakers accept her Brexit deal, opened cross-party talks with Jeremy Corbyn’s Labour Party more than a month ago after parliament rejected her European Union withdrawal deal three times.

The talks with Labour are a last resort for May, whose party’s deep divisions over Brexit have so far stopped her getting approval for an exit agreement and left the world’s fifth largest economy in prolonged political limbo.

McDonnell, Labour’s financial spokesman and a member of the party’s negotiating team, said the situation was precarious.

“The problem they have is that literally in front of us they will fall out,” he told the Sunday Mirror. “So the exercise here is holding themselves together. And that is proving impossible. The administration is falling apart.”

In terms of progress, the second most powerful man in the Labour Party said nothing new had been put on the table, and in some cases the talks had gone backwards.

“It’s so precarious. We’re dealing with an institution that might not be there in three weeks.” He said the talks had been made more difficult by May’s offer to resign because a new leader could rip up anything agreed by the current administration.

“We’re in a position now where we’re asking, ‘How can we trust them to deliver – not just in the short-term, in the medium term as well?’”

May’s Conservatives have said the talks are difficult, as both parties gear up to contest European elections later this month, but that they will continue to try and find a deal that can get parliamentary support.