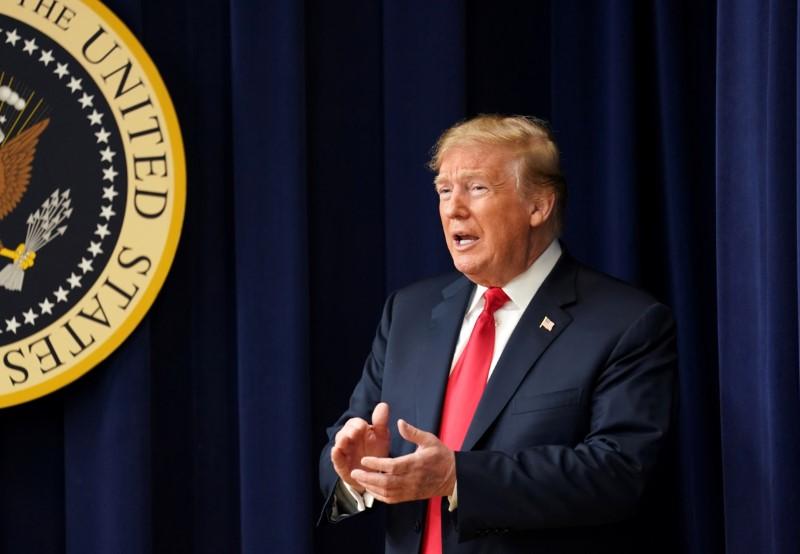 In the latest salvo of a political battle widely expected to end in federal court, Neal issued separate subpoenas to Treasury Secretary Steven Mnuchin and IRS Commissioner Charles Rettig that seek six years of Trump’s individual and business tax returns. The officials have until 5 p.m. EDT (2100 GMT) on May 17 to produce the material.

Trump is stonewalling oversight investigations by Neal and five other Democratic committee chairs in the House of Representatives, prompting Democrats to warn Trump officials that they could face contempt citations along with heavy fines and even impeachment by defying congressional subpoenas.

The Democratic-led House Judiciary Committee voted to recommend a contempt of Congress citation against Attorney General William Barr this week after he defied a subpoena seeking the unredacted report on Special Counsel Robert Mueller’s Russia investigation.

“While I do not take this step lightly, I believe this action gives us the best opportunity to succeed and obtain the requested material,” Neal said in a statement issued by his committee.

“I sincerely hope that the Treasury Department will furnish the requested material in the next week so the committee can quickly begin its work,” he added.

As House Ways and Means Committee chairman, Neal is the only House lawmaker authorized to seek Trump’s tax returns under a federal law that says the Treasury secretary “shall furnish” such documents upon request.

Democrats want Trump’s returns as part of their inquiry into possible conflicts of interest posed by his continued ownership of extensive business interests, even as he serves as president.

Trump has broken with a decades-old precedent among recent U.S. presidents by refusing to release his tax returns while a presidential candidate in 2016 or since being elected, saying he could not do so while his taxes were being audited.

His former personal lawyer, Michael Cohen, told a House panel in February that he does not believe Trump’s taxes are under audit. Cohen said the president feared releasing his returns could lead to an audit and IRS tax penalties.

Trump administration officials and Republicans in Congress have condemned Democratic efforts to obtain Trump’s tax returns, saying it could “weaponize” the IRS and confidential taxpayer information for political purposes.

Representative Kevin Brady, the top Ways and Means Republican, sent a letter to Neal earlier on Friday, urging the chairman not to proceed.

“Such actions would be an abuse of the committee’s oversight powers and further examples of the Democrat majority’s coordinated attempt to weaponize the tax code and use Congress’s legitimate oversight authority for political gain,” Brady wrote.