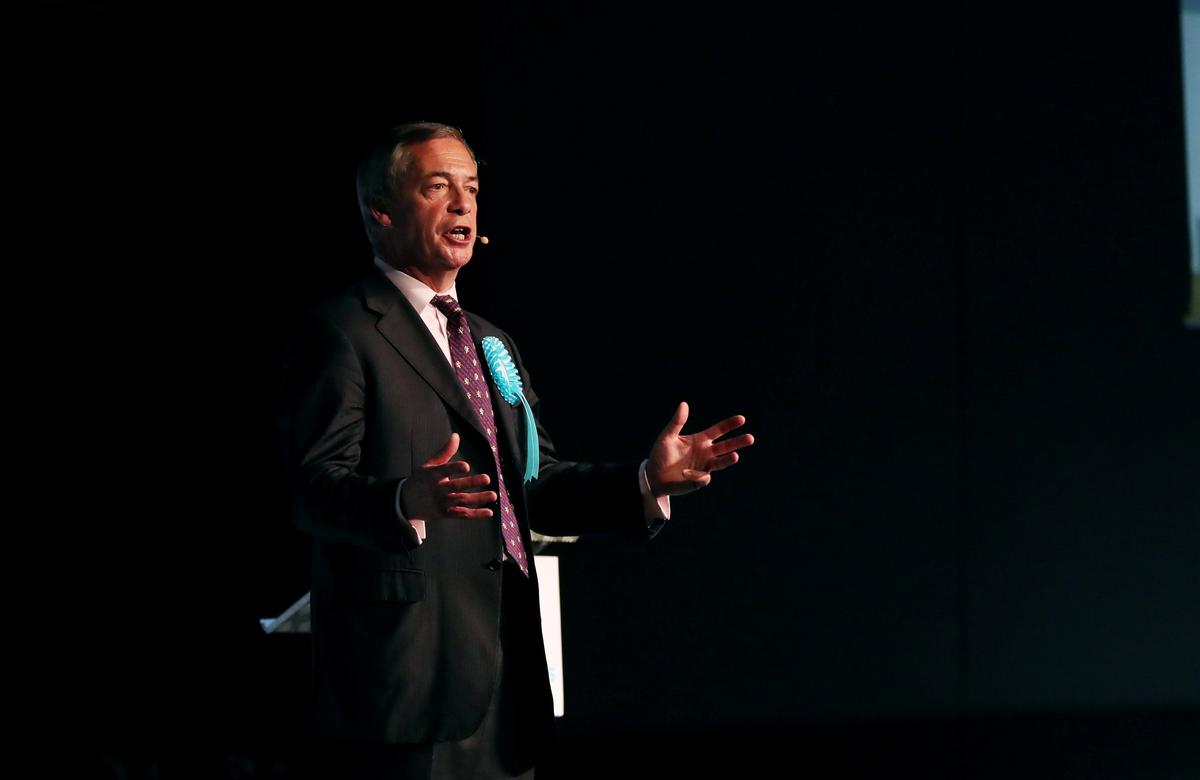 According to the latest Opinium poll for the Observer newspaper, Farage’s newly formed party is on 34% of the vote ahead of the May 23 election that is being held because Britain failed to leave the European Union as expected in March.

The poll put Labour in second place on 21% while the prime minister’s Conservatives are back in fourth on 11%. The pro-EU Liberal Democrats, the most popular party to explicitly call for a second referendum to reverse Brexit, are on 12%.

Britain’s two biggest parties endured a drubbing at the polls this month when voters expressed their frustration with the Brexit deadlock at local elections.

Farage, whose former party UKIP is credited by many with forcing Britain’s 2016 referendum on EU membership, launched his new party in April, threatening to take on Britain’s political leaders who he accused of betraying the vote to leave.

May has been forced to open talks with the opposition Labour Party to find a compromise on Brexit after lawmakers heavily rejected her EU withdrawal deal three times.

Britain is now due to leave the bloc in October but with parliament split over the terms, it remains unclear how or whether it will.