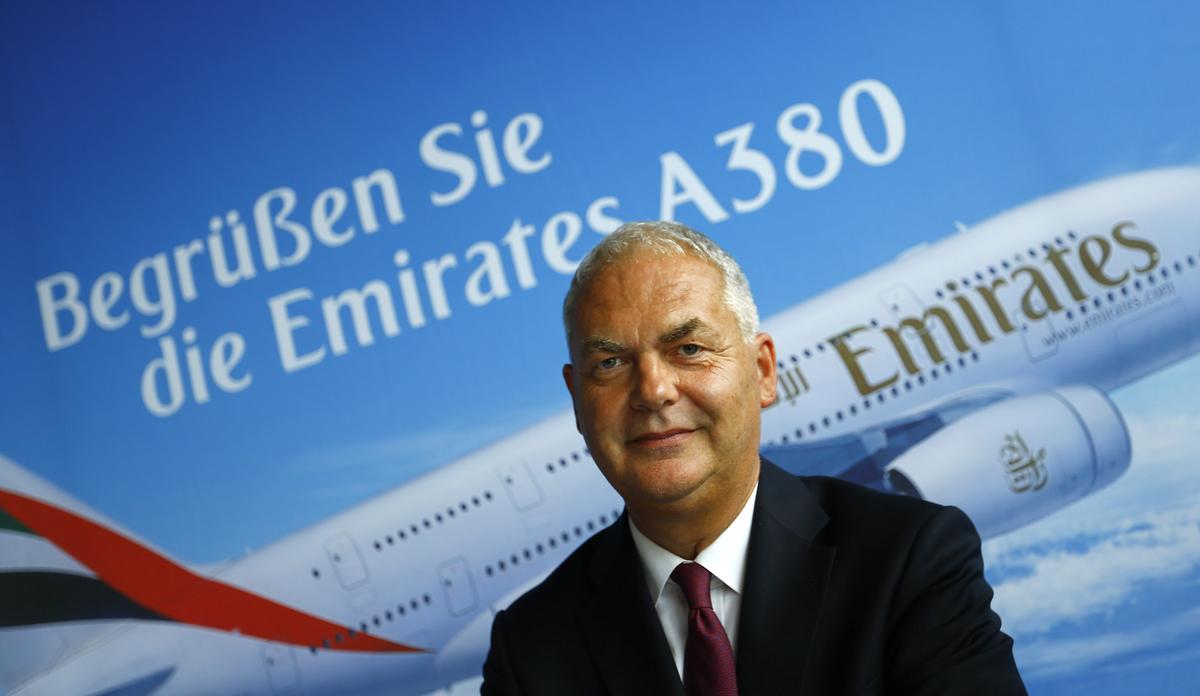 Thierry Antinori addresses the media after the first landing of an Emirates Airbus A380 in Frankfurt’s airport, September 1, 2014. REUTERS/Kai Pfaffenbach

Antinori, also an executive vice president, was responsible for commercial operations, products, the frequent flyer program and cargo division, according to Emirates’ website.

The spokeswoman declined to comment when asked why Antinori resigned and when it was effective.

Antinori spoke to media in his capacity as an Emirates executive on April 24 in Dubai and was seen at the Emirates stand at a travel exhibition in Dubai on April 29.

Emirates reported a 69 percent fall in full-year profit last week, its lowest in 10 years as soaring fuel costs and a strong dollar took a toll on earnings, while passenger growth stalled.

Antinori joined Emirates as executive vice president for passenger sales worldwide in October 2011 and was promoted to CCO in June 2013, Emirates’ website shows.

Antinori said in 2016 he was contacted about becoming the Air France-KLM chief executive but that he was sticking with the Dubai-based carrier.