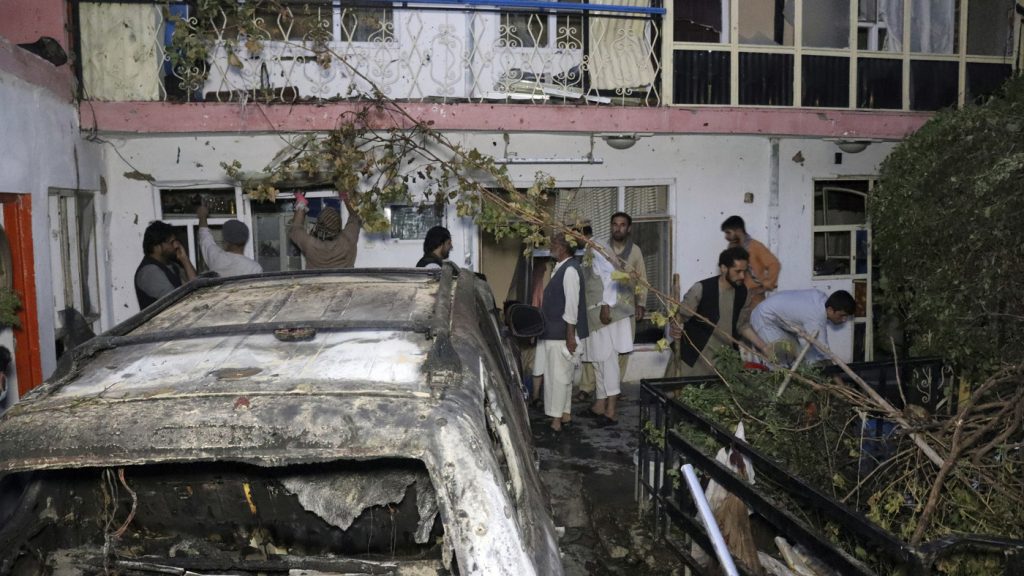 Afghans inspect damage of the Ahmadi family house after a U.S. drone strike in Kabul, Afghanistan, on Aug. 29. The strike, which the Pentagon originally deemed a success in striking an ISIS-K target, killed 10 civilians, none of whom were associated with the terrorist group. Khwaja Tawfiq Sediqi/AP hide caption toggle caption Khwaja Tawfiq Sediqi/AP […]

U.S. Pledges to Pay Family of Those Killed in Botched Kabul Drone Strike 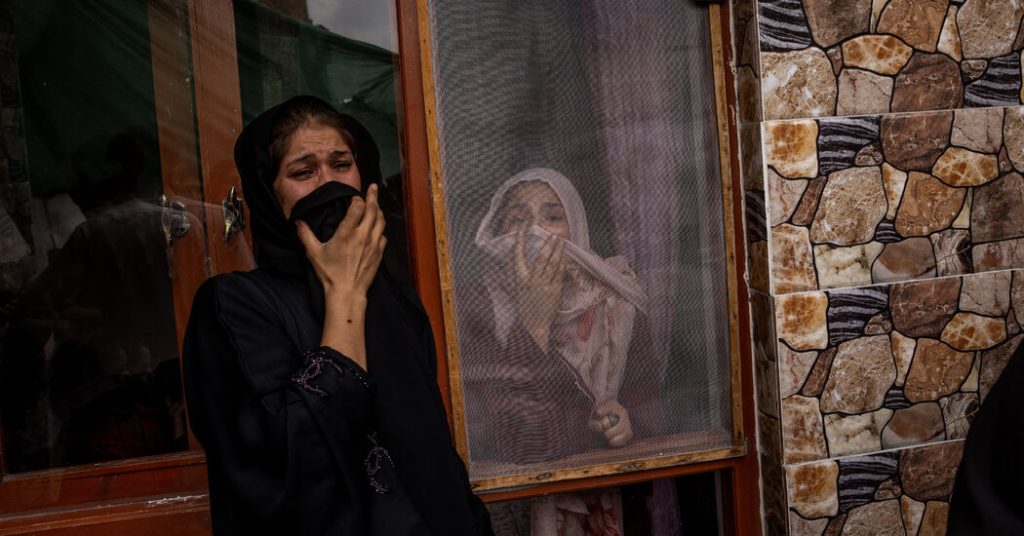 [explosion] In one of the final acts of its 20-year war in Afghanistan, the United States fired a missile from a drone at a car in Kabul. It was parked in the courtyard of a home, and the explosion killed 10 people, including 43-year-old Zemari Ahmadi and seven children, according to his family. The Pentagon […] 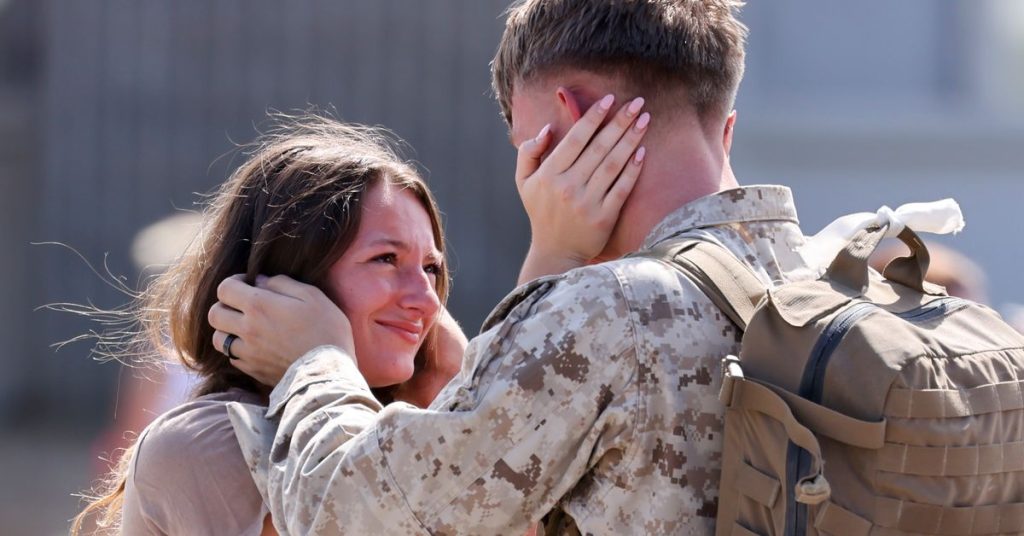 CAMP PENDLETON, Calif., Oct 3 (Reuters) – U.S. Marines who had been deployed to Afghanistan reached their home base on Sunday, hugging their families after the combat deaths of nine Marines from their battalion who failed to make it back. Marines from the 2nd Battalion, 1st Marines Regiment were on duty outside the Kabul airport […]

U.S. bars flight from landing with Americans from Kabul – activists 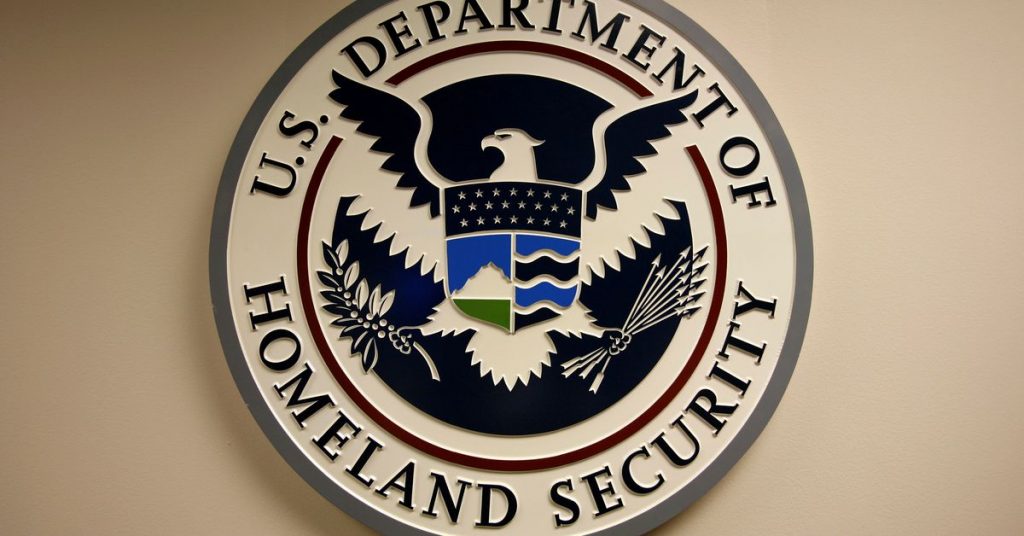 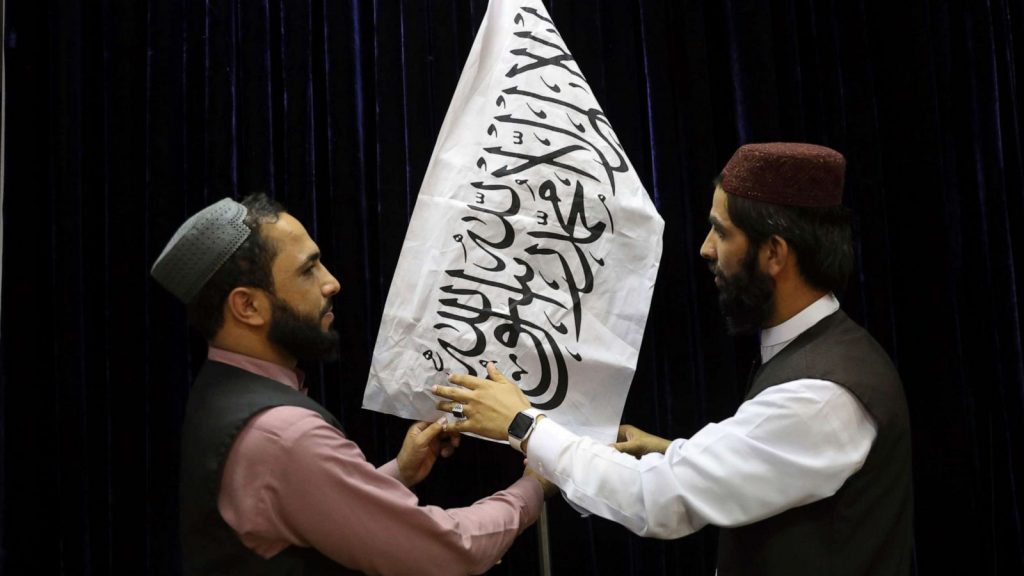 State Department spokesperson Ned Price said in a briefing from the agency on Tuesday that the U.S. remains cautious, yet prepared after the Taliban said it will allow for the safe passage of Americans and Afghans who aided in the U.S. mission to leave the country. “We have also said there has been engagement with […] 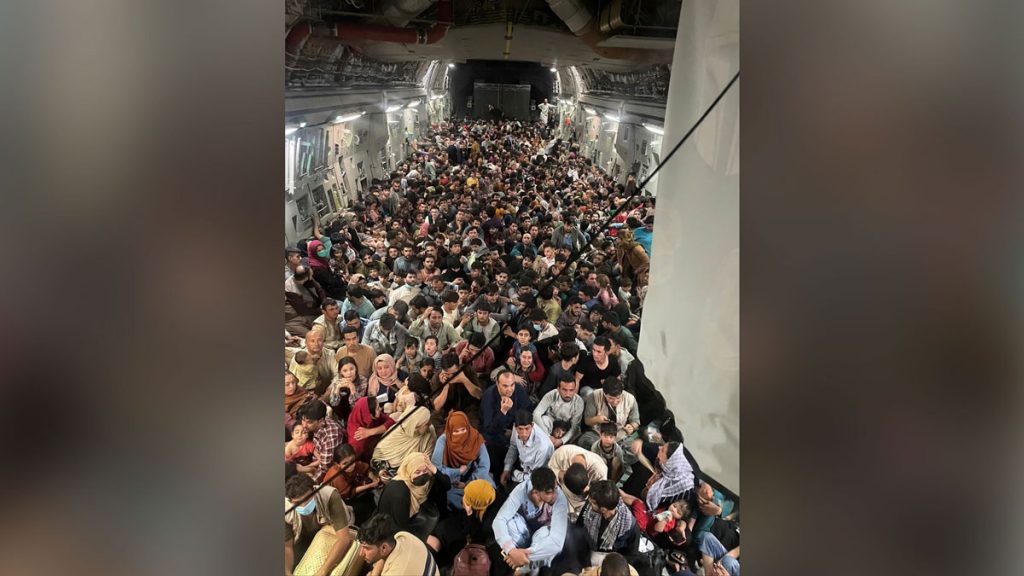 Afghans who worked with US desperate to leave as Kabul falls 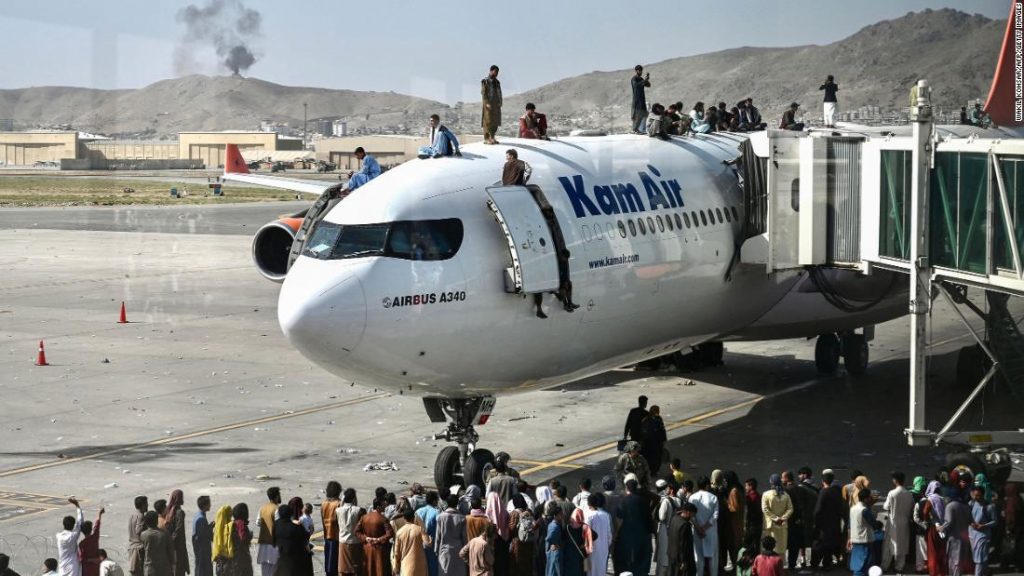 Ismail — whose last name is being withheld to protect his safety — is one of scores of Afghans who worked alongside the United States during its two-decade military campaign in Afghanistan and are now desperate for the US government’s help in getting out of the country. The rapid collapse of the Afghan capital city […] 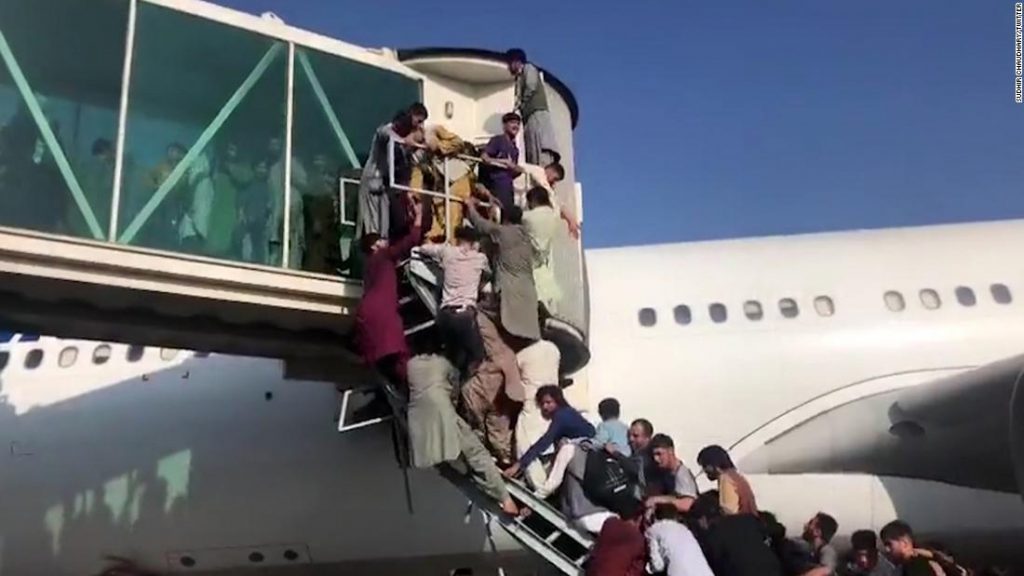 Pentagon spokesman John Kirby told reporters there had been two security incidents at the airfield at Hamid Karzai International Airport “involving armed individuals shooting at US forces.” “In two separate incidents, US forces did respond to hostile threats, and that resulted in the death of two armed individuals,” Kirby said during a briefing on Monday. […]

U.S. Asks Taliban to Spare Its Kabul Embassy in Coming Fight for Capital 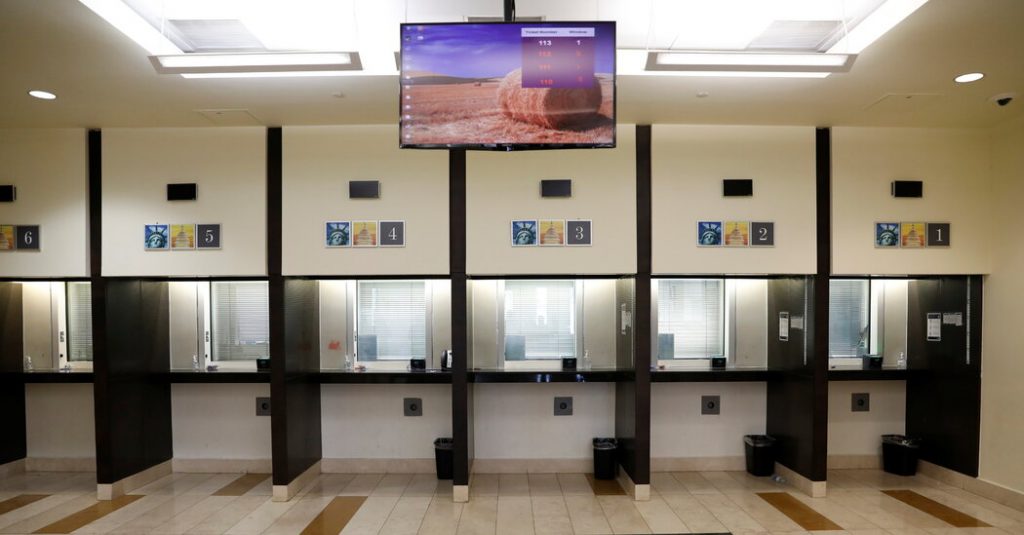 Mr. Khalilzad is hoping to convince Taliban leaders that the embassy must remain open, and secure, if the group hopes to receive American financial aid and other assistance as part of a future Afghan government. The Taliban leadership has said it wants . . . 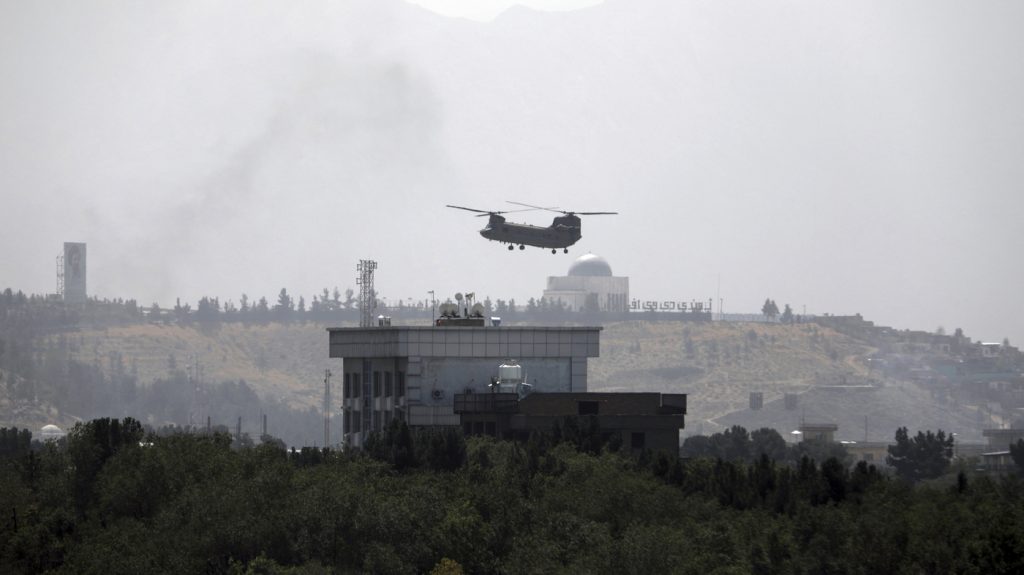