We discuss the trend in interracial dating and marriages especially taking place through the internet and the real matters behind this attraction of African ladies and men to the Caucasian & Asian among others. #BLACKHOTFIRE

We delve into the political sphere of the west African state of Burkina Faso that has recently been rocked by insecurity and insurgency by millitants; can the elections change the fate of the Burkinabe people.? #AFRICACORRESPONDENCE #BLACKHOTFIRE

THE US COULD BEGIN COVID-19 VACCINATIONS IN DECEMBER 11

On today's show we discuss recent developments with Moncef Slaoui, the head of a federal vaccine development programme, says the first vaccines could be shipped by mid-December and other matters. #BLACKHOTFIRE #BLACKMEDIA

do we need ZEALOTS!!!

VOICES OF THE MOTHERLAND SHOW- CHILD ADOPTION IN AFRICA

the majority of adopters face a range of problems that they are often poorly prepared for, including behavioural issues, educational problems, trauma, emerging disabilities, and attachment disorder

Models share this common challenge with musicians – abuse of substances ranging from alcohol, cannabis, cocaine, caffeine, ecstasy, heroin, etc. Some models are very shy and reserved people, therefore resort to getting high on some substances just before hitting the runway as an escape to their fears and worries.

BIDDEN RULES OUT THE POSSIBILITY OF A NATIONAL LOCKDOWN

On today's show we discuss the Biden administration and plandemic response agenda as Biden rules out possibility of national lockdown, the stimulus check updates among other matters. #BLACKHOTFIRE #AFRICATODAYSHOW #BLACKMEDIA

THE GREATEST IMPEDIMENTS TO AFRICAN UNITY

Is Mandatory Vaccination Legal in Time of Epidemic?

On today's show we discuss the global plandemic vaccine and possible forcible vaccination whats next? and other critical matters. #blackhotfire #Africatoday

VOICES OF THE MOTHERLAND SHOW- DEALING WITH SINGLE PARENTHOOD

Are you a single parent? How difficult is it to bring up children alone? Did you grow up in a single parent family? Do you feel you have missed out at all? Have you decided or would you consider raising a child alone? Can the stigma that sometimes exists about being a single parent be eliminated?

THE LOST LEGACY OF THE NILE VALLEY CIVILIZATION

Acholi people of Uganda maintain their sophisticated cultural beliefs about the spirit world and their social order. These shape their perceptions of truth, justice, forgiveness and reconciliation, and they would like to use them for conflict resolution. There is a wealth of knowledge inherent in the traditional practices and culture of the Acholi, which offers credible principles for conflict management and harmonious living within the wider global society.

Voices of the Motherland discuss the negative impact of Gender disparity in different African societies in regards to education opportunities for women and girls in Africa. #VOICESOFTHEMOTHERLAND #AFRICANDUCHESS #CALMIE

54 CORRESPONDENCE SHOW -THE FIGHT AGAINST CORRUPTION IN GHANA

We highlight the fight against corruption in the West African nation of Ghana as anti-graft prosecutor resigns over 'meddling' & other African news & updates. #BLACKHOTFIRE #GHANA #54CORRESPONDENCE

On the show today we discuss plan by Bidden incoming administration of sweeping reversal of the Trump immigration agenda and Covid plandemic plan with new administration among other matters globally. #BLACKHOTFIRE #BLACKMEDIA

On today's show we discuss the active and passive role of Obama with the Bidden administration after shrugging off the possibility of being involved with bidden cabinet on interview with Gayle king and the new disposition in matters economy in the backdrop of the global plandemic and other matters. #BLACKHOTFIRE #OBAMA #BIDDEN #GAYLE

On the show we discuss the fight against stigma and stereotypes against people with disabilities in different African communities. #VOICESOFTHEMOTHERLAND #CALMIE #AFRICANDUCHESS #BLACKHOTFIRE

The governments of Ethiopia and Eritrea agreed in 2018 to end decades of hostilities, a deal that resulted in Ethiopian Prime Minister Abiy Ahmed winning the 2019 Nobel Peace Prize. 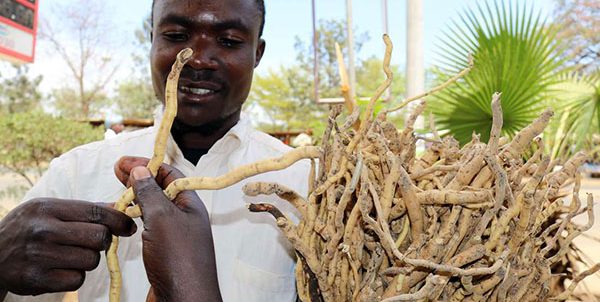